Welp, I’m getting on the Hanson’s Marathon Method train.

After reading Colby‘s success (and BQ!) and Allison‘s craziness towards a sub 3:05 (which she got!) using Hanson’s, I’ve decided to drink the kool-aid. 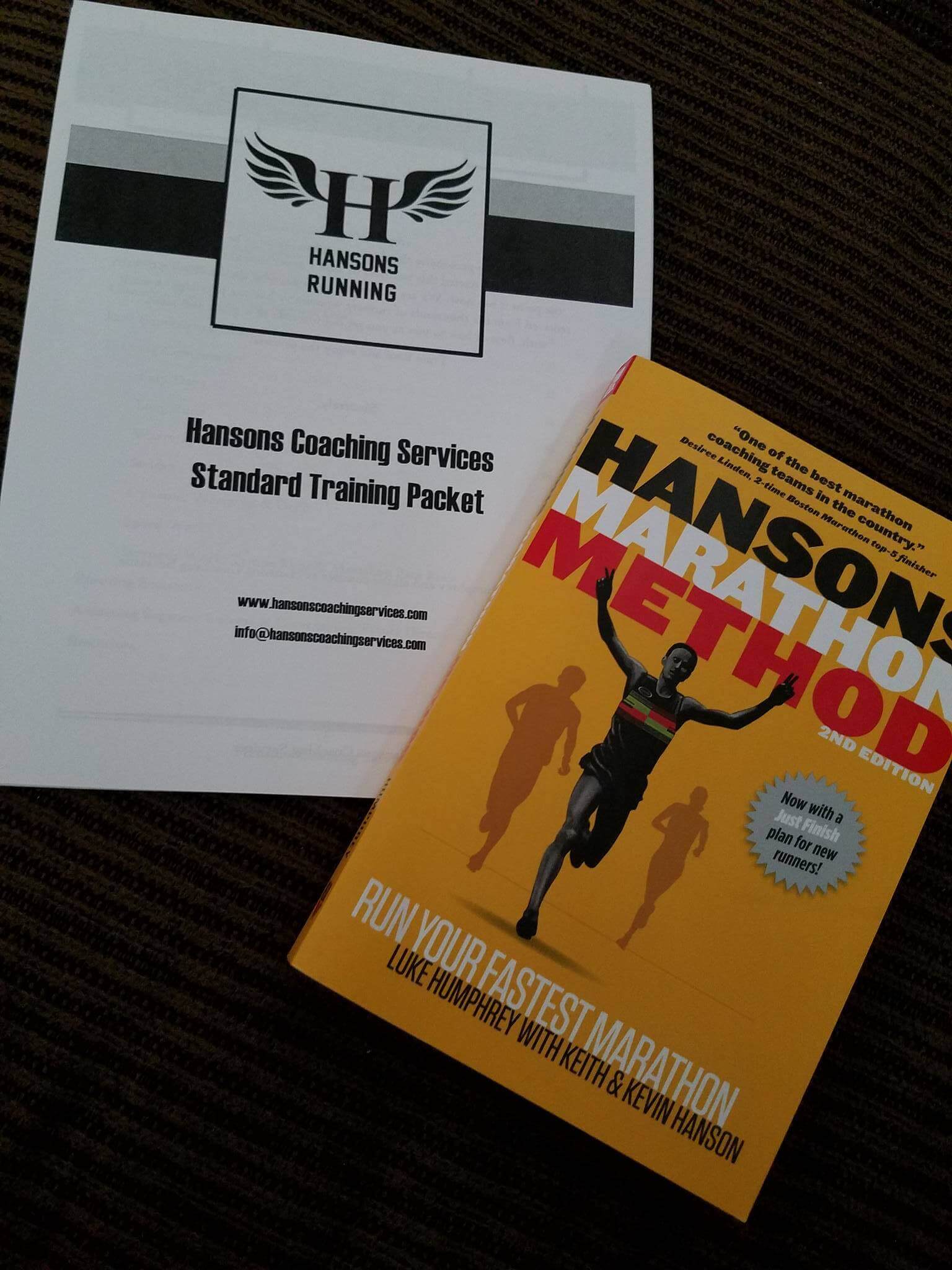 Reading about this crazy training, I didn’t think this would be a plan that would work for me. It’s SIX days of running. SIX. As in, only one day off. Both Colby and Allison used this training plan holding down jobs and still nailed each run like the freaking awesome people they are. Me though? I was already struggling with work and kids and knew there was no way I’d find time to schedule in 6 runs. Not with my already 4:30 a.m. wake time.

But hey, now I don’t have a job, lol! And I figure, now would be the perfect time to try this plan so I’m going for it.

Hanson’s calls for high mileage–40+ miles after week one. I had already planned to do some base marathon training to build up to Hanson’s higher mileage as I didn’t want to jump into the plan and go straight to 40 miles/week, something I’ve never done. And after doing a little more research, and reading Kristina’s blog post about it, I found that Hanson’s actually has 8 week base training plans that could help lead me into full blown marathon training; the plan starts next week and goes up to the start of official marathon training in July. I’ll be modifying the first couple of weeks because each week of the base plan is 40 miles (and I need to work myself up to that first). I was little bummed the plan itself didn’t do that going in, but it was easy for me to see where I could make adjustments.

Plus, there is an online Facebook group for people using Hanson’s plans where Luke Humphrey himself, the writer of the Hanson’s Marathon Method, has a very active presence. We’re able to ask specific questions and he, along with other Hanson’s plan veterans, offers up suggestions. I asked Luke about making modifications to the base training plan the first couple of weeks, and he totally agreed that it was a simple few changes to make it work.

In addition to the base training plan, I created an account on Final Surge, Luke’s site, which is a free training log website. (It seems to be similar to Training Peaks–which I’ve never used but have heard of.) One component of the site that is of interest is the Workout Intensity Calculator. This is where my quest for a PR comes in. You plug in your most recent 5k, 10k, or 1/2 time and it gives you a marathon finish estimate along with the paces you’d run your weekly runs.

Yes, you read that right. According to this little calculator, I could be aiming for a 3:45 marathon.

The other distances shown–the 5k and 10k–align pretty closely with my current PRs in those distances: 23:46, 49:29. I even plugged those in to see what marathon time it gave me, lol!

I have to choose a goal if I’m using Hanson’s Marathon Method. It’s just crazy to me to think that this could be it. A part of me wants to go conservative and shoot for a 4:15. It would still be a massive PR. Another part of me says go for the sub 4. And then a little, teeny voice in my brains whispers just go big.

–How do you determine your race goal/pace? I definitely consider the course. NYC is said to have some hills?? (is that true NYC veterans??) and it’s a destination marathon, so I think about all of that.