Last night, I met up with my running group for our Wednesday workout. A little over 3 miles of hill drills. Fun, fun.

But what I was really looking forward to was our guest speaker afterwards–Jamil Coury, founder of Aravaipa Running (that’s our local trail and ultra running series). Jamil has done over 50 ultra races and this past March he attempted the practically impossible (no, really) Barkley Marathon.

Have you ever heard of the Barkley Marathon? Not many people have and I hadn’t until our running group cheered him on when he started. Apparently, this 100 mile marathon is not designed for people to know much about it–which is exactly how it’s race director and according to Jamil, even the runners, like it. It’s not a race you can simply go to a website and register. You get information only by word of mouth and there is a secret application involved. Jamil wouldn’t (couldn’t?) divulge the specifics of how he got in.

The Barkely Marathon takes place every year during spring in the mountains of Tennessee–the high point being 3300 feet with total amount per loop of 12,500 feet and temperatures that range from freezing to sweltering. Jamil recounted how the first day was non-stop rain. The 100 mile race (which really is more around the 130 mile range) has a 60 hour time limit and participants are not given a course map nor are the trails marked. The runners do not know the exact start time but must camp out the night before and wait for the start signal–the race director lighting up a cigarette.

The race consists of five 20 mile loops, the first two clockwise, the next two counter clockwise, and the last loop with different runners going opposite directions. Those completing 3 loops, under a set time limit of 40 hours, accomplish what’s dubbed the “Fun Run”. Jamil was one those people this year. It took him 13 hours to finish the last loop.

There are no aid stations, runners carry with them their own food and water and whatever equipment they can carry (although, no GPS are allowed). Throughout the race, to prove runners are not cheating, the runners search for 10 books hidden along the way. Once found, they must tear out the page number that matches the number on their bib. (ETA: There were 13 books this year) 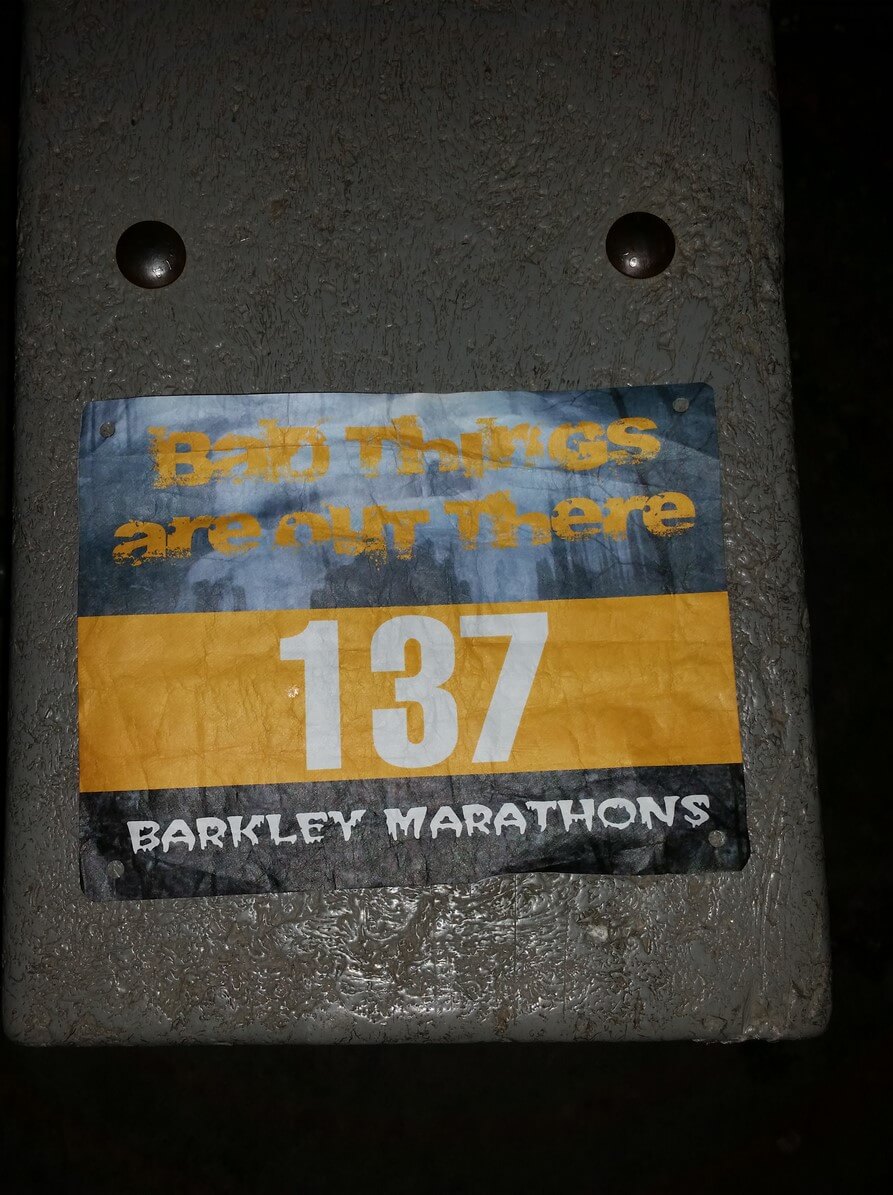 The book titles reflect the conditions of the course (and/or perhaps even some of the thoughts of the runners?).

During our question/answer session with Jamil, one person asked what the winner got–you know, what were you running for?

That was Jamil’s answer. You weren’t running to win anything.

–Have you heard of the Barkley Marathon? (It’s funny because when you look it up, you get the same information every place you go. It’s like people only divulge certain things. It’s this mystique I find so intriguing.)

–Would you ever do a crazy race like this? (In a different lifetime, yes.)

This is a great site with pics from the race.

As you may have noticed by now, Wednesdays are my speed work days. My run club meets at a local high school track and we typically do a speed workout of 3-4 miles. Since having incorporated these workouts into my training, I’ve definitely seen improvements in my overall time/pace. For the longest, I was hanging out in the 10:00/mile range but now I’ve consistently been in the mid to low 9s and even high 8s. When I do speed work, I occasionally even see a seven.

On Tuesday I did a 6.2 mile run wanting to challenge myself with my pace. I’ve been doing speed work for awhile and wanted to see if I could go longer a little faster. I ended at 6.21 miles at an 8:46 pace. My fastest 10K to date. I definitely feel myself getting faster and I do think it’s partly due to speed work Wednesdays.

I want to share with you two workouts I love that we’ve done (Please note: I am not a personal trainer nor do I have any certifications. Please do these at your own risk):

The first one is called 200m Surges– 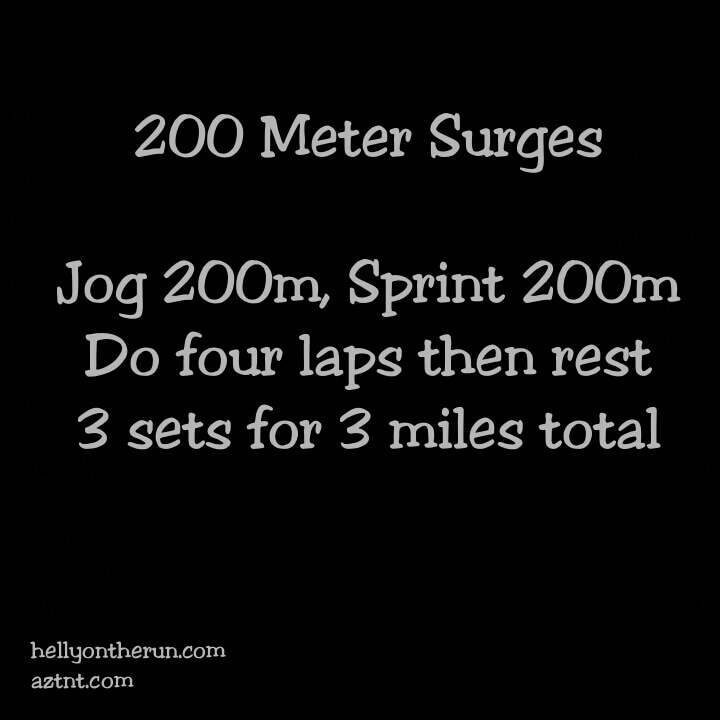 You want to make sure your sprint is fast and considerably at a faster pace than your jog. After four continuous laps, take a breather–you can decide how long you want this to be–and then go for another set. I recommend starting with a warmup lap and ending with a cool down lap. This workout leaves you at 3 miles.

The next workout is another favorite– 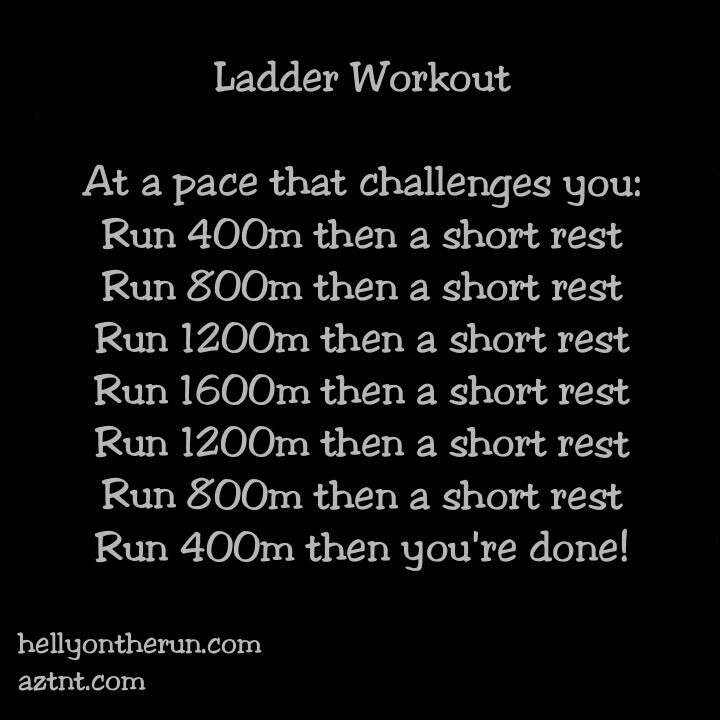 You want to do this in a pace that challenges but one that you’ll be able to maintain (albeit with difficulty) throughout the entire workout. The length of the “short rest” is up to you but you don’t want to lose the momentum of the workout by taking a too long rest. I also recommend a warm up lap and a cool down lap. This workout leaves you at at 4 miles.

If you don’t have a track near you, try doing these on the treadmill. My gym has ‘mills that have a visual track you can see yourself running around on lol! If yours doesn’t have this nifty feature, I recommend doing the 200m surges using time instead. For example, jog two minutes, surge two minutes.

Let me know if you try these and what you think!

–Do you incorporate speed work in your training? 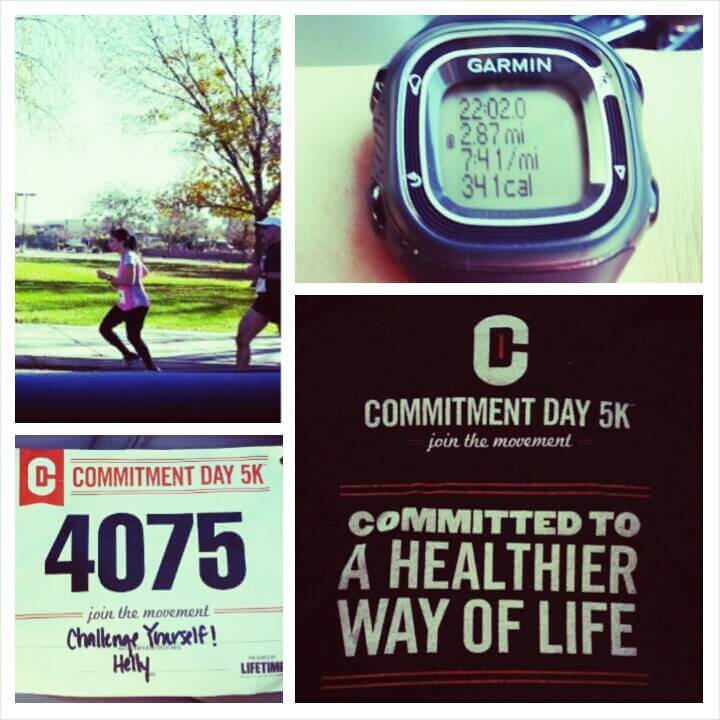 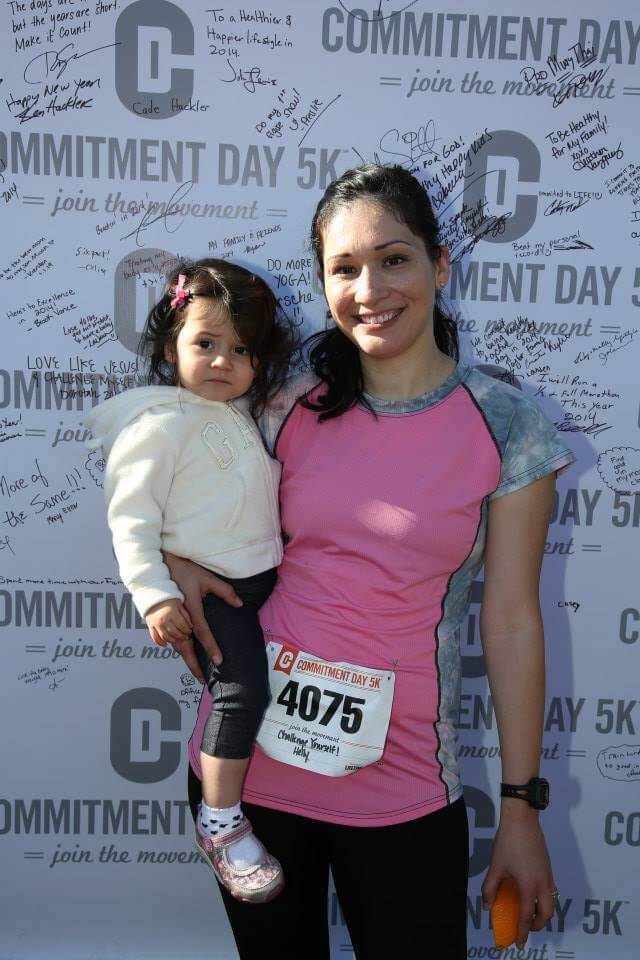