Happy Monday! I hope everyone had a good weekend!

Okay, so it’d been a while since I’d ran a race (early February? I don’t count Phoenix since I didn’t finish) and I was looking forward to running this 5k until I got sick because that meant I couldn’t properly train. That changed my goals considerably and I went into this race with a “just finish” and “have fun” mindset. Luckily, both happened 😀

There were also quite a few things I was looking forward to with this race.

1.) It benefits local public school promoting health and fitness for kids and encourages people to run for others. This was a huge appeal for me as I’m a public school teacher and am all about the kids ❤ and I’m all about running for those who can’t. 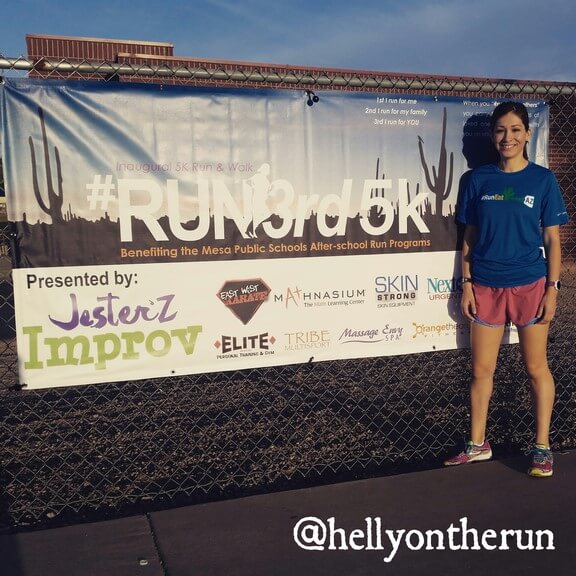 2.) Sean Astin! I’m a huge Rudy fan (if you haven’t seen this movie, DO IT!! He’s also in Goonies and Lord of the Rings). He was instrumental in getting this race set up–it was an inaugural race–and he was seriously the most humble, sweetest guy. He helped promote the race months leading up to it showing that he was serious about what and who the race was benefitting. Race day, he was everywhere. You saw him giving the kids a pep talk, talking to the people working booths, and posing for pictures with runners. I never saw or heard him say anything negative and he was in high spirits the entire time. 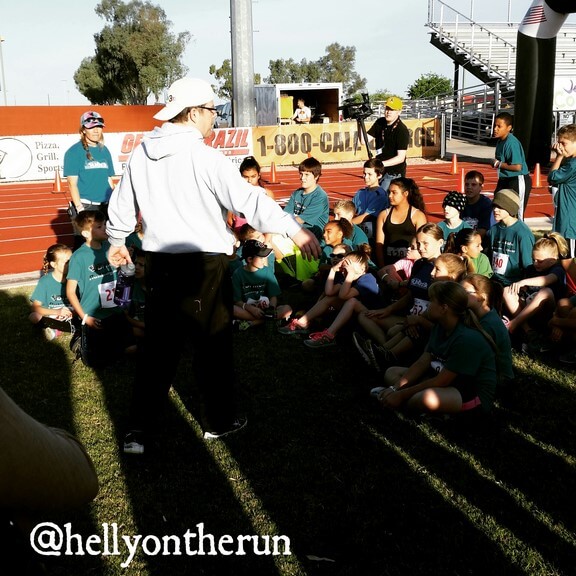 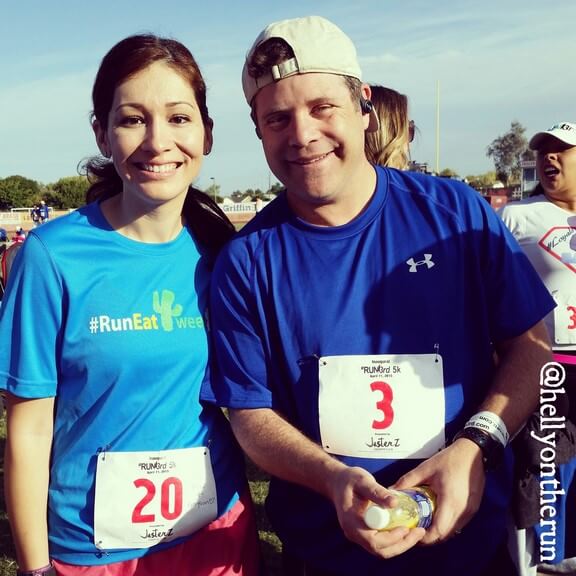 3.) Run Eat Tweet AZ –I’ve mentioned this local running group I’m a part of (they hooked me up with this race entry 🙂 ) and I absolutely love hanging out with them. In fact, I wish I could meet up with them on more events they host but between work and kids, it’s tough. When I am able to though, it’s always a guarantee blast. 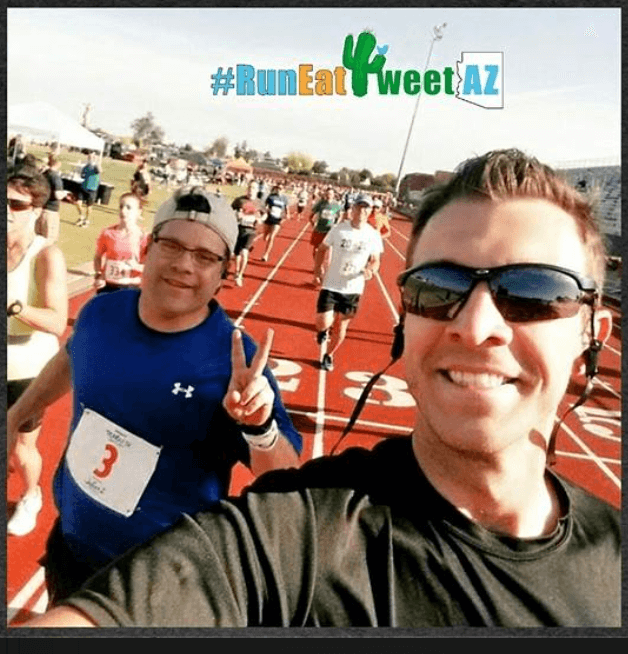 Jeremy @Confessions of an Amateur Athlete (aka: King of Selfies) 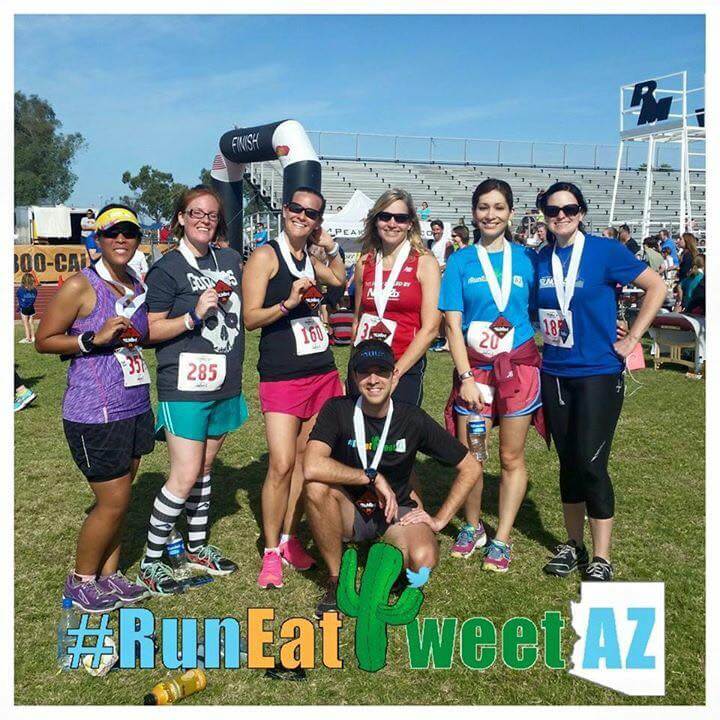 Okay, on to the race.

My biggest struggle with shorter distance races is starting out too fast and yep, I did it again. The first mile chimed 8:09 and at the time, that felt good. I didn’t even think it was too fast. At the time. 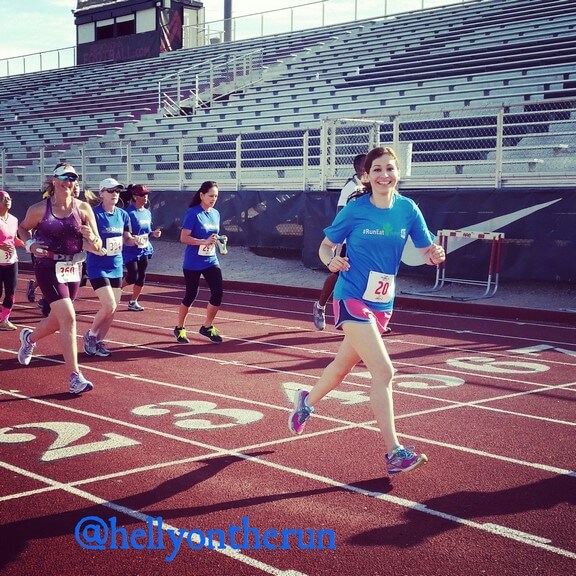 Then my legs started to feel heavy and things were not looking good. I felt myself slow down and I saw 8:37 when I crossed the mile 2 marker. Not too bad but I knew I was struggling. My legs felt heavier and heavier with each step and I kept telling myself I had less than a mile left, finish strong. But really, I was done. Mile 3, 9:20.

The course was flat, mostly on pavement with the start and finish on a high school’s track. When I got to the track at the finish, I picked up pace to attempt whatever kick I might have, and crossed the finish line. 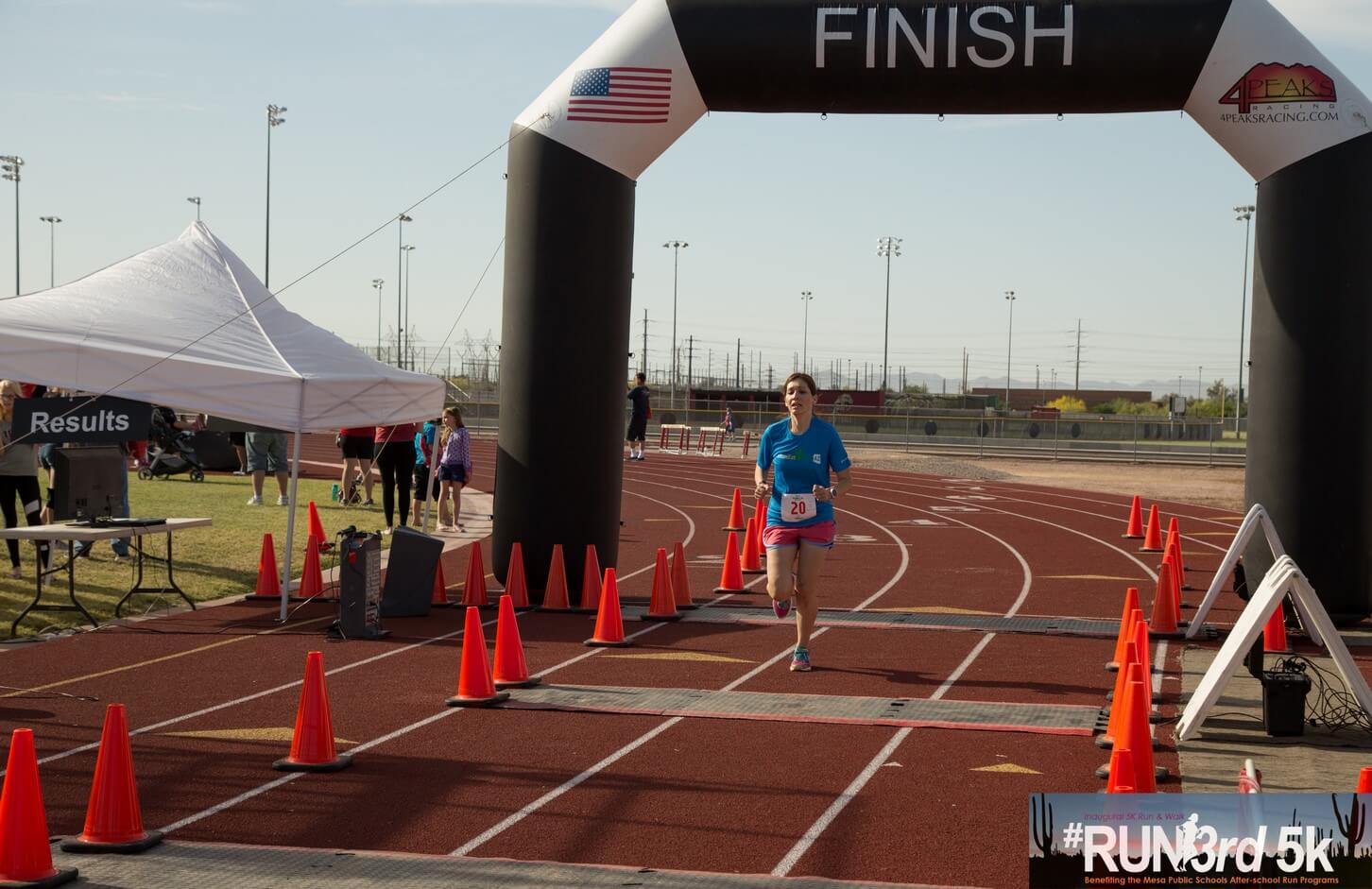 I encourage you to click on this pic for a close up of my face.

The goal was sub 27 and when I looked at my watch, my first thought was “Noooo!!!!” but then I prayed the chip time gods would gift me a few seconds

When I saw my time on the screen, I was even more shocked to see that I had placed 3rd in my age group!! A huge shocker since I had not felt like I’d done well at all. Several of my friends had also placed so we all waited together for the award ceremony to start.

It took a while for the awards to start–a little over an hour. We were getting a little antsy but then they began. They started with the male awards and gave out all of them before beginning the female awards. I thought this was strange because usually races do male/female age groups.

Anyway, when they announced the 30-34 age group, I started walking up towards the stage until I HEARD ANOTHER NAME CALLED. Yep, someone else had place 3rd!!! I was so confused (and mortified to be honest) as I had seen my name clear as day on the time screen. My husband had seen it, my friends had seen it. We had even taken a glance at it as the male awards were called.

But when we walked back to check after I wasn’t called, there was indeed another runner’s name where mine had been earlier.

It was then that my husband remembered.

About 20 minutes after the race started, a girl had ran towards the start line–clearly late–and began the race. No one had said anything to her –but people did see her–and my husband didn’t think much of it except that it was kinda sorta a lot not fair to start so late and not have to deal with crowds.

This SAME girl was the one who bumped me!!!

I was naturally upset, not so much because I didn’t get an award (like, not at all because of that really) but because I didn’t think it was fair for runners to start waaaay after everyone else. They get an entirely different playing field. Yes, it’s the same course, but there’s no weaving around people–the course is entirely clear. I would’ve been upset for anyone who lost a place because of this happening.

Oh well. In the end, it just means I need to get faster so that it doesn’t matter if someone starts later 😀

EDIT: The race director read my recap and took time out of her busy schedule to let me know what happened!! 🙂 Check it out here.

The race overall was suuuuper fun! It was very relaxed but I appreciated the organizers taking the race seriously (despite that little aforementioned mishap). There was a virtual race option. FREE race photos. Finishers got a t-shirt AND a medal–a rarity for a 5k–AND there were age group awards. AND there were raffles galore. Your entry earned you one ticket and you could put it towards a whole bunch of things being raffled. I put mine in the autographed Rudy poster and purchased extra to increase my odds. Sadly, I did not win anything 😦 But, one of my buddies did!! He won an autographed Rudy helmet!!! Call me jealous!! 🙂

This is definitely going on my calendar as a yearly race. The entire race–pre, during, and post–was so relaxed and just an overall good experience. A total WIN!! 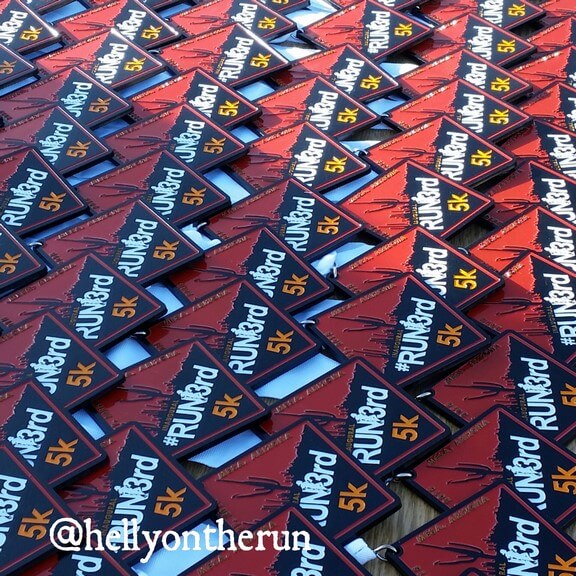 –Have you ran a race someone famous was running?

–Who have you been able to snag a pic with?