This will be my third time training for Phoenix Marathon–it was my first marathon a mere year and half ago (and my current PR), it was my first DNF this past February, and I’m hoping it will be my first sub 4:30 this go around.

That’s my goal and by golly, I’m gonna get it!

I’ve trained for two marathons with this being the target and both times I felt ready, feeling confident that 4:30 was in my reach. One ended with me getting halfway and in tears (my DNF), and the other ended with me not being able to run strong enough and finishing with frustration and anger (Chicago).

But both have left me stronger.

Having come off a Ragnar weekend, my first official week of Phoenix Marathon training had only 3 runs, two of which were very strong.

Tuesday, I met up with my run club for a 4 miler. It was my first run post Ragnar and I surprisingly felt strong. The first two miles were great but the last two were a little tougher as we had the wind against us–I still managed sub 9s for all 4 miles and that made me really happy 🙂 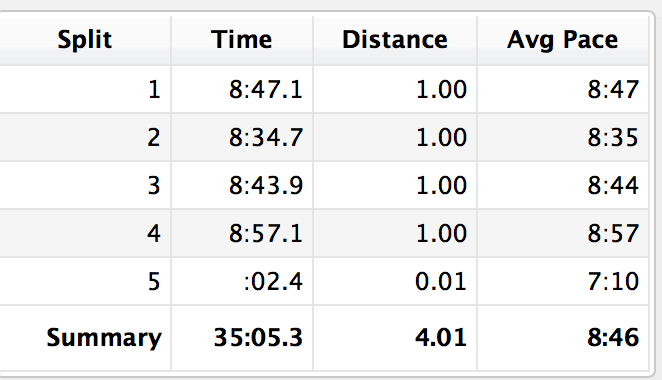 Wednesdays are track nights at my run club and I definitely felt tired from the previous day’s hard run. I wanted to go though because I was going to be officially crowned Runner of the Month!! 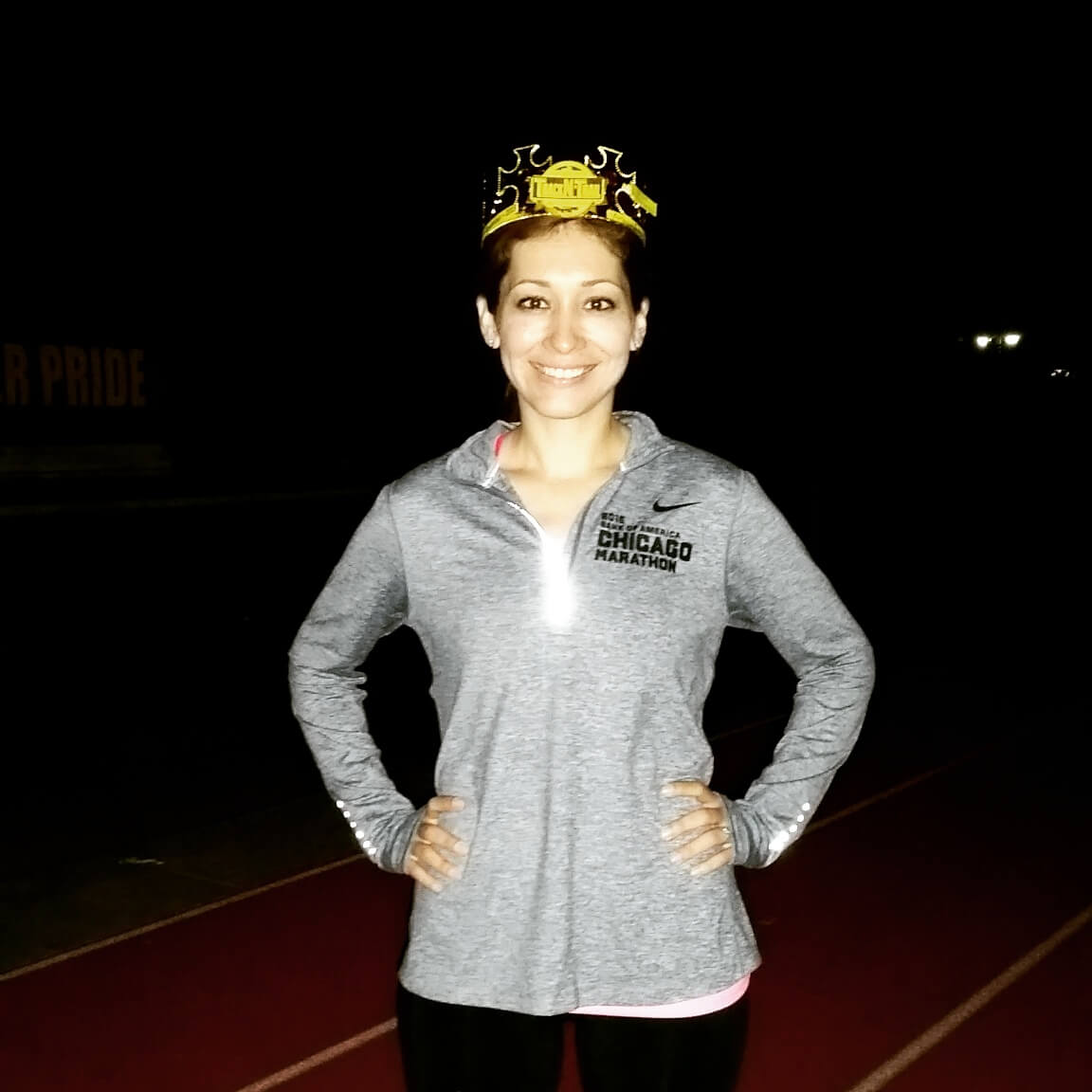 My Runner of the Month Question & Answer 🙂 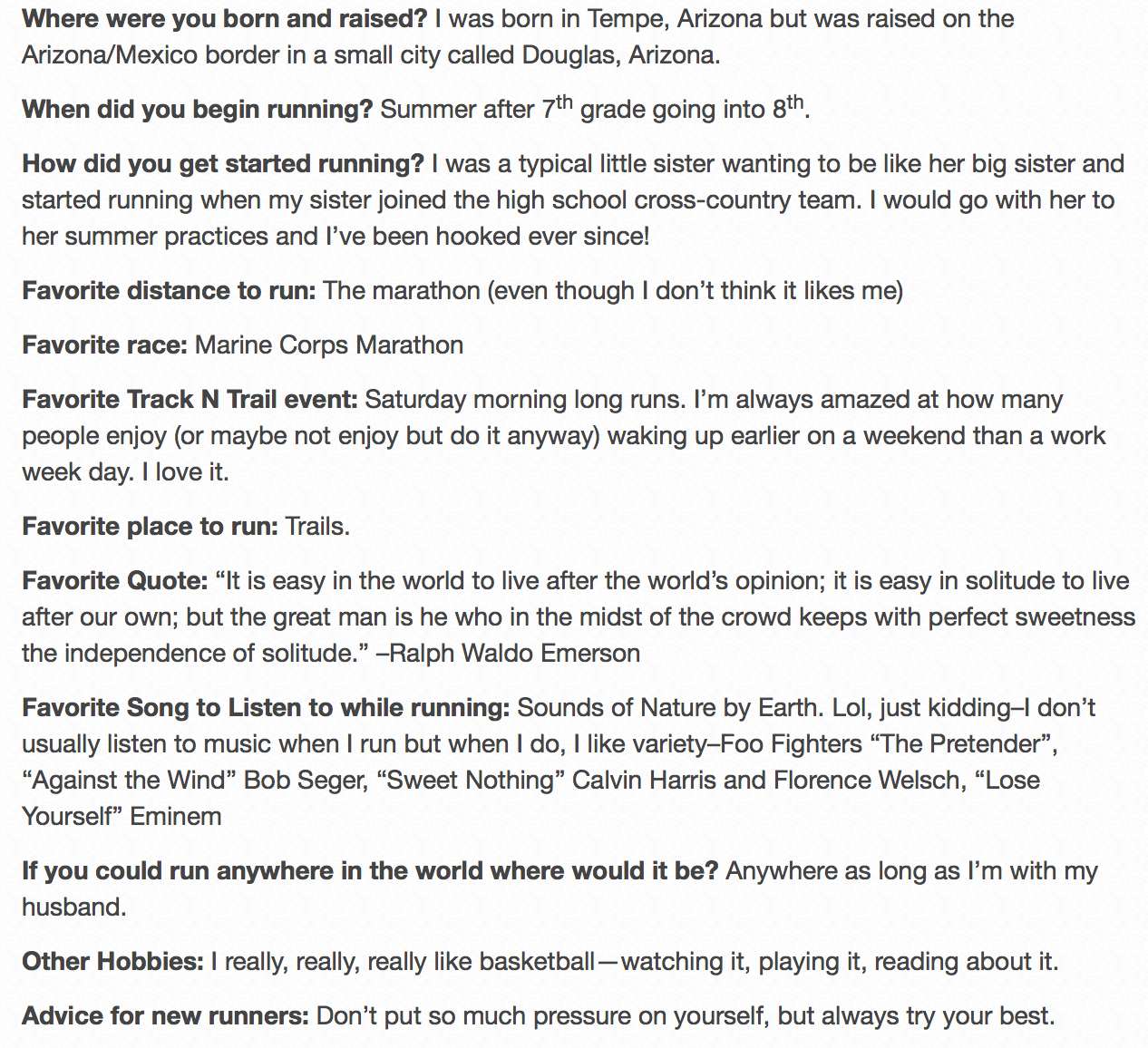 I love my run club and there are sooo many awesome, amazing, deserving people that to have been selected made me feel super special. Our coach said I had trained really hard for Chicago and “killed it” and I couldn’t help but feel a pang of sadness (mixed with anger) that I didn’t share that sentiment. But, I quickly hid those emotions and accepted my crown with pride.

And then I ran two easy miles with Runner Jenny. We opted for 4x800s instead of the 3 mile repeats coach had assigned.

I rested Thursday and Friday but met up with my run club buddies Saturday morning for our long run. All of us are running the inaugural USA Half Marathon in San Diego next weekend and wanted to get in 10.

The first 5 we stayed steady

and then we negative split the last 5 miles.. 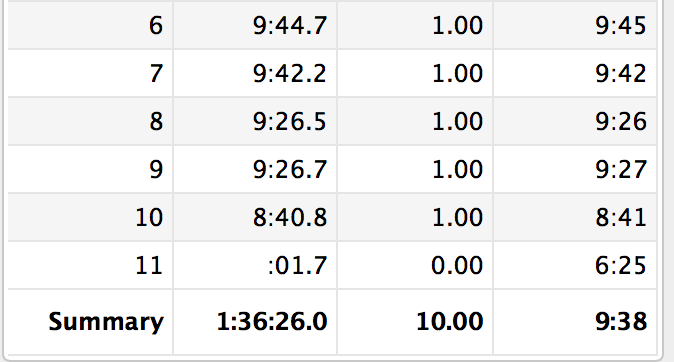 It was a great run that was a perfect hard. We were able to chat most of the way which let me know I was working at it but not killing myself at those paces.

Which ended me with 16 total miles for the week! I’m not sure yet what plan I’m going with for Phoenix but it’ll be something. I like having a schedule telling me what to do, lol!

–Do you have a go-to training plan or one that you like more than others?

–How many races did you have to go through to reach a goal time? (Crossing my fingers third time is the charm! 🙂 )