Let’s all stand up and give a round of applause to MEEEEEE for having gone 25 days with NO soda!!!

I can’t believe I’ve gone that long. And let me tell you, it has not been easy.

The closest time that I thought I was going to slip up was the night of my 27k night race. I was so exhausted when I finished that all I wanted was a Big Gulp. I remember around mile 15 telling myself that I would allow a cheat day if I could just make it to the end. An ice, cold fountain drink was the only thing motivating me at the time.

When I did finish, I called my husband to tell him about this deal I had made myself and he was able to talk me out of it. At that point, I was two weeks in and he reminded me that the hard part was almost over. The withdrawal stage was no joke. Headaches, moodiness, yes. all of that I experienced. I knew it would happened and tried my best to not annoy my husband and practice extra patience with my kids. Luckily , I had coffee. All the coffee. Anyway, the first two weeks were the toughest and I was coming out of that stage; I could do this. Plus, he knew that I would feel super guilty the next day and told me so. I’m so happy his persuasive skills worked.

So here I am, 25 days in, a quarter of the way done with the challenge. For some reason, looking at it that way, in fourths, helps me deal with it better. I know it sounds like I’m being super dramatic about this, but seriously, I drank a TON of soda. So much so that when I meet up with friends, their jaws drop when I refuse the Coke they offer. (This happened on a play date recently. My girlfriend had bought Coke just for me because she knew I was visiting.) 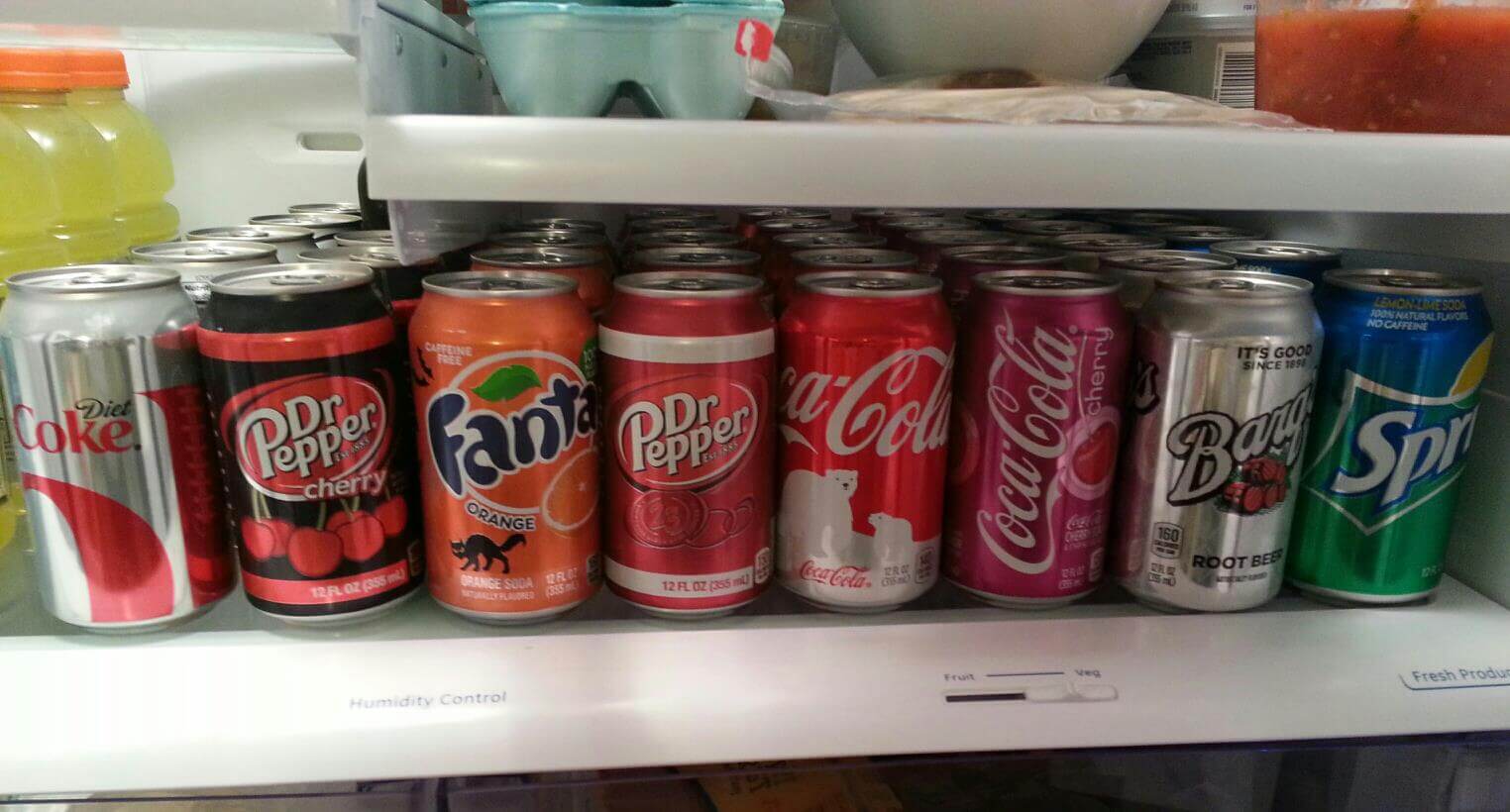 I’m very much looking forward to reaching the half way milestone. I think once I make it there, the end won’t seem that far away. Many people have told me that by the time I’m done, I’ll probably not want to drink soda anymore. I can say at 25 days in that that’s very unlikely. I honestly don’t think I’ll ever stop. I’ll maybe drink less, but I can’t see myself not drinking it ever again. I don’t know, I could surprise myself though.

I’ve liked how less bloated I feel but I haven’t noticed any decrease in weight or anything. My purpose with this challenge wasn’t to lose weight anyway but more to see how it would affect my training. If it would make a difference. It’s so hot here in Phoenix that hydration is so important. Would eliminating soda and drinking more water help my running? That’s what I’m most curious about.

–How have you challenged yourself recently?

–What do you think you’d struggle with doing/not doing for 100 days?

I discovered a new running clothing line (Seriously, running + clothes = heaven) from my friends at It’s a Marathon AND a Sprint called Janji. They did an awesome review on it that really made me interested to try their clothes out.

I’ll give you a very short run down, because I honestly feel like Colby and Tina did a great job going over the company’s philosophy so I’ll let you head on over and check out their review.

*With every Janji apparel purchase, you help give food and water to someone in need. In the U.S., that’s a meal to an American in need; in Haiti, that’s nutritional medicine to a child. In Peru and Tanzania, it’s drinking water.

For something we would do normally, buy running clothes, we can do it and help someone else. That’s where their motto “Run for Another” comes in. I love it.

The shorts fit great, were lightweight, and of good quality. Plus, I felt good knowing that with my purchase, I was giving back. Win.

I was not asked to do a review. I purchased the shorts myself and all thoughts and opinions are my own 🙂