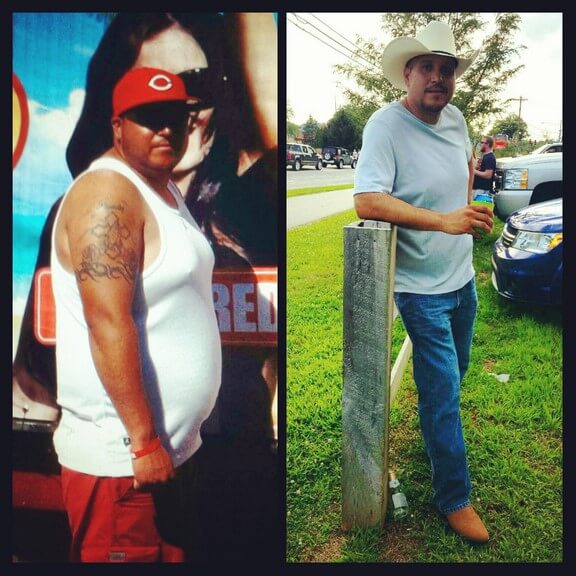 It was a meh week of training last week, if I’m honest. Since starting work, it’s been tough getting in the longer mid week training runs. I did have a highlight though!

Monday, I was visiting my home town enjoying the Labor Day weekend. When I’m home, I like to run the Turkey Trot 5k course to sorta practice it. It’s not a tough course but it gets me every. single time. This time was no different. It starts off with a very gradual decline and when you turn around at the mile and a half mark, that becomes a very gradual incline. And that minuscule incline kiiillls me for some reason.

This run was so bad. I couldn’t even blame the weather.

Tuesday, I took the day off from running. I’m trying to recall why but can’t. Ja!

I met up with my run club at the track on Wednesday evening though. My buddy, Runner Jenny, was making an appearance and I was looking forward to hanging out. That’s kinda what these track sessions have turned into. More socializing than working out, lol! Our coach had a 1×1600, 4×400, 1×1600 workout for us and Jenny and I took it easy, chatting the first mile away. Another buddy, Raq (my BQing bud), told us to get moving on the 400s so picked up the pace. I was at about the low 7s for my first two 400s.

At the beginning of the third 400, Raq told Jenny and I to give this lap all we had. She wanted to see one of the four P’s: Puke, Pee, Poop, or Pass out. So basically, kill ourselves for one 400.

We were up for the challenge.

There were two different points where my pace was 5:51!!!!! I know that it wasn’t for a long distance or time, but I NEVER in my life thought I’d see those numbers before. Ever.

I had been going so fast that I felt light-headed afterwards! LOL.

My husband of course said he knew I had it in me all along and that with training, I could see those numbers again. I love him.

Thursday morning I woke up sore from the craziness of the prior day’s events. I usually run in the evenings but we went out for burgers for dinner and I liked that much better.

I moved the run to Friday, my usual rest day. I like having Friday as a rest day because my husband and I usually have a mini date night during the day. He’s off of work earlier than usual on Fridays so we usually grab a bite to eat before kid pick up. This Friday was no different except we went out for steak and lobster instead of our usual light afternoon snack, lol!

I didn’t want to skip my run though, and after a couple of hours (maybe two and a half), I went for my run. Sure enough, in mile 2, I felt my palms start to itch.

I was having an allergic reaction.

It wasn’t a surprise. I had a feeling that even though a few hours had passed, and even after I’d taken some allergy medicine, it was still too risky to run after eating.

I was able to finish my run though and make it home in time to overdose on Benedryl.

This made for a groggy 3:30 a.m. wake up though, as I had plans to meet up with a friend at 4 in the morning Saturday for our long run. I somehow got myself out of bed and dressed.

It was an uneventful 13 miler, which was good. I was worried maybe I’d still have remnants of whatever caused my allergic reaction the day before.

After 5 miles, we met up with the rest of the crew and my three of my friends kept me company for the next 8 miles. They did a great job of keeping me at pace, closer to the 10s. I commented how frustrating it was that keeping it close to 10:00 was so hard. How would I go faster in the marathon? Trust thy training, Helly–they told me. It’s tough, but I know I gotta.

Very happy that I got faster as the run progressed #win

That was my week in a nutshell. A sub 6 pace for like two seconds, an allergic reaction during a 4 miler, and a tougher than it shoulda been long run 😀 23 total miles

–What is the fastest you’ve ever ran? Even if it was just for a few seconds?

–Have you ever experienced any of the four P’s?

–How do you convince yourself to trust the training?

Even though I couldn’t get in high mid-week mileage, it was a confidence building week of training–one that I felt I needed at this moment as we’re inching closer and closer to the less than one month away mark!

Last Monday, I started off the week with a short 4 miler but I saw numbers I hadn’t seen in a while.

It was a negative split run and the first mile was actually already starting off at a good pace for me, so to get better from that 9:42 made me super excited. And that 8:36 last mile just had me smiling from ear to ear. Finally, that overall pace was a low I hadn’t seen in a while.

I rested Tuesday as my husband was out of town again and I had kid duty. I could have squeezed in a run but….I didn’t 🙂

Wednesday I met up with my run club and they had a mini hill workout on the schedule. I chose to bypass that and run another 4 miler instead.

It was close to another negative split and close to a similar overall pace as my Monday run. Again, this made me feel really, really good 🙂

Thursday I stuck to my 4 miler theme and ran around my neighborhood (It actually ended up being 4.2–you know you gotta count that point two). I took this run easier as I had had two good runs and didn’t want to push myself. It was still a great one with an overall pace of 9:48 and I finished with the last two miles faster than my first two.

It was an important rest day Friday as Saturday I had my first 20 miler of the training!

Yep, Saturday morning I woke up at zero dark thirty for this one (2:30 a.m. to be exact) and met up with another crazy friend also doing a 20 miler. We got going at 3:09 and planned to run 10 miles, five out and back, before meeting up with the rest of our run club at 5 a.m. We made one stop around the 7 and halfish mark for a potty break but that was the only stop of miles 1-10.

I was really happy with my consistency (see miles 4-7!!!) and I met up with my back 10 crew in high spirits.

Two running buddies were waiting for me at 5 to run my second set of 10 and we got going not too long after I got to the meeting spot. We were cruising at my pace (I wanted to be around the 10-10:30 mark) and they were uh-mazing at keeping me on track. I was feeling it around miles 12 and 13 and they quickly re-focused me.

I did stop at mile 15 (the turn around) but it was quick as I knew I didn’t want to lose momentum.

Then, at mile 17 I had to go potty 😦 and I was forced to stop again. This super bummed me out as like I had mentioned last week, I wanted to really try and avoid any stopping on my long runs.

I definitely felt that potty stop around mile 18 as my left calf started cramping a little. I didn’t want to stop though so I ran through it and sure enough, it dissipated after a few minutes. Whew!

I was so happy with this run and really pleased with the consistency in my splits. My slowest mile was 10:37 and my fastest (besides the last mile) was 10:06 so I was +/- 30 seconds the entire way!

It was also my husband’s first 20 miler this past weekend and he knocked his out of the ballpark too! Much faster than me, lol, but I still love him 😀

I ended the week with 32.2 miles and feeling pretty darn good about myself going into this week. My goal of sub 4:30 is looking realistic and I just hope all this hard summer training pays off. We’ll find out in about a month!

I hope everyone has a great week!! ❤ , helly

–How was your week of running?

–Do you try to keep consistent splits, negative splits, or do you just run and what happens, happens?