This race had been on my list for quite some time as I’ve always heard people rave about it. The race has uh-mazing views and an awesome atmosphere. The story behind it is that it’s the rumored site of the legendary Lost Dutchman Gold Mine. Pre-race, there’s a campfire and racers get together and chat. I didn’t make it to that but I did get there pretty early. It’s a bit of a hike from where I live, about 30 minutes, but you’re driving to mountain views and that’s what you’re looking at when you run : ) 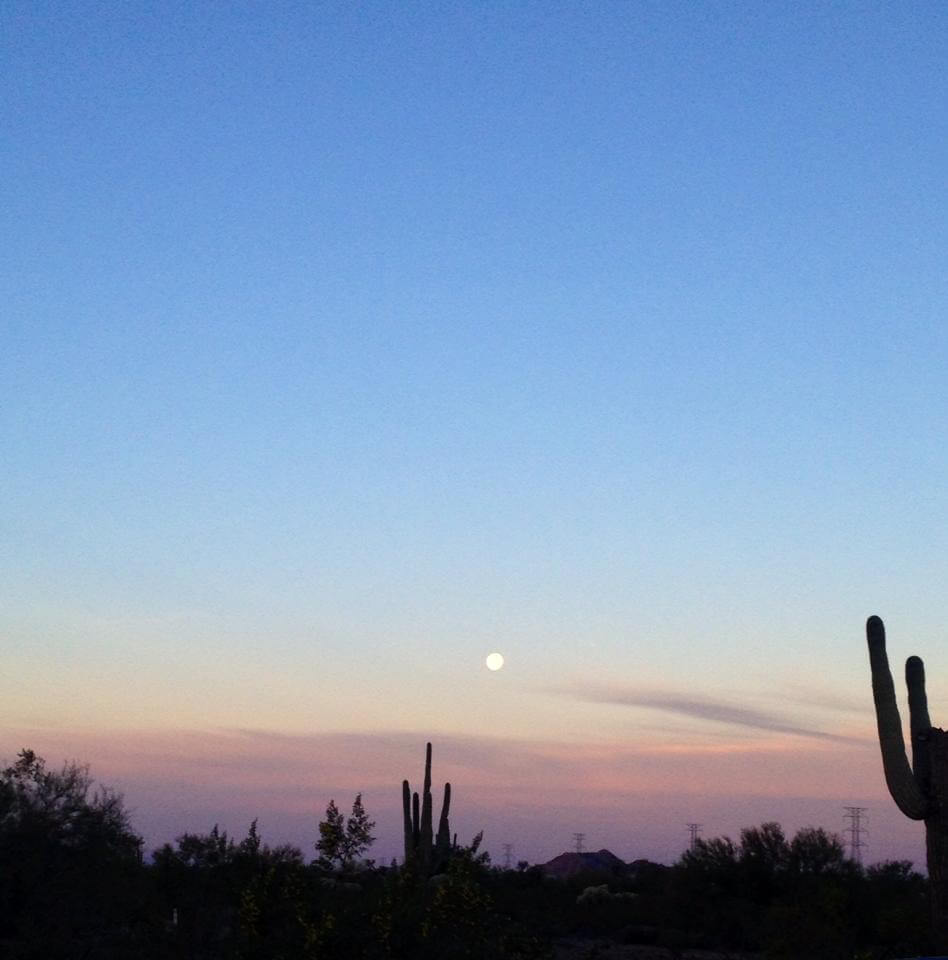 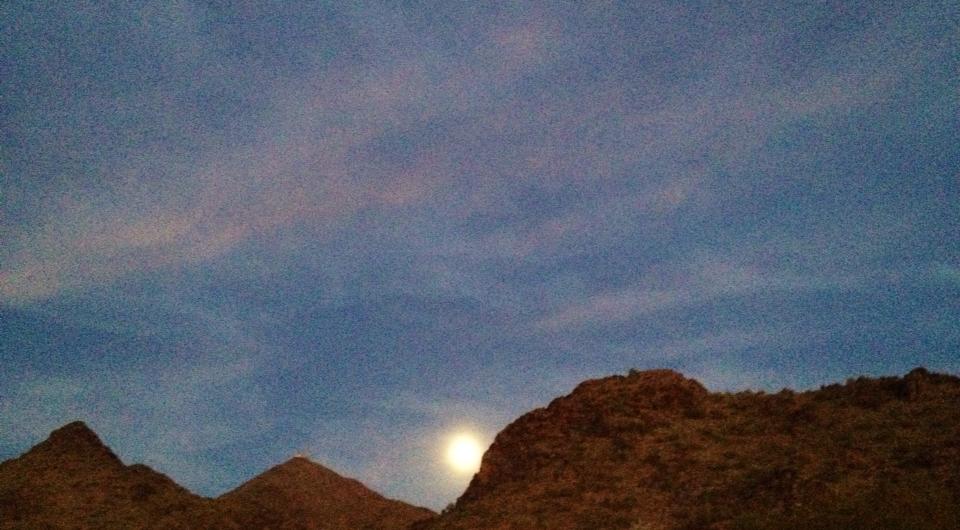 I arrived about an hour early than my start time. Quite a few members of my run club were set to run the 1/2 marathon which started before my 10k and I wanted to cheer them on.

After they were off, I was on my own and I just hung out and stretched. As go time neared, I made my wait to the corrals–there were no official set corrals, you kinda just chose your minute pace and hung out in that area. I was in the 8 minute corral when I found a friend–she’s the one that took those awesome pics ^. We talked all the way up to when they shot the gun; I had completely forgotten about the race because I was so caught up in catching up with her! lol!

Once I realized I had to get a move on, I started my Garmin and off I went. I had in my mind an 8:30 pace and wanted to try my hardest to maintain it. As I turned the first corner, I was met by Mr. Hill. Yep, a hill at the very beginning of the race. Of course I had looked at the race map but it’s still different when you see the hill in person. The race description read slight uphill the first half with a slight downhill the second. It was an out and back course which I actually like since that’s what I had trained doing.

Anyway, I battled that hill and then turned the second corner. Ahhh, once you turned that corner you were met with such a beautiful view. This is what you were running towards: 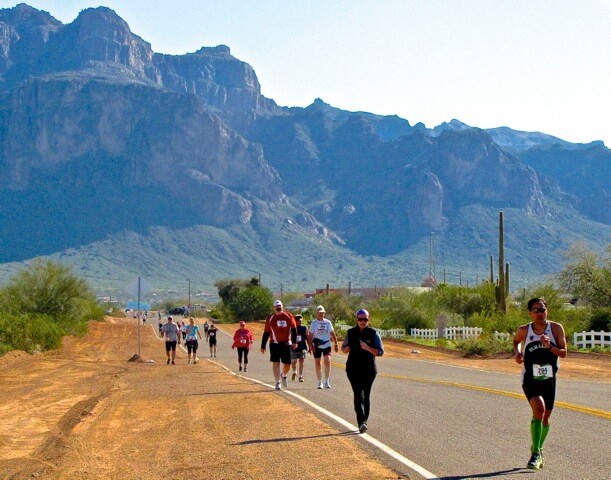 It truly was such a gorgeous thing to look at. It was about a mile and a half of running towards that and then you had one last turn which led you to the turn around.

As I was approaching mile two, I hadn’t yet reached mile two, I already saw the first runner running back!! He was just hauling it! I could hear people around me murmur, “Wow!” “No way!” All I could muster was a shake of my head.

I kept going and was feeling okay. I could feel the uphill and knew this wasn’t going to be my best run. I definitely need to work more hills in my training. I didn’t feel like I was doing horribly; I felt good with my pace. I was getting closer to the turn around spot and could see people already coming from the other direction. I started counting off the women as they passed and then stopped at 15. I knew at my pace I wasn’t getting any overall awards but I was still crossing my fingers for an age group, but, after seeing so many girls pass me, I started to let that go.

I reached the spot and turn the other direction. I started to see a few of my run club friends running towards the turn and we high fived. I love high fives : ) I also saw my starting line buddy and we shared a high five too.

I was hearing my Garmin beep the miles and my splits were all over the place. There was zero consistency in my pace and I was started to feel that in my body as I ran. I was just so tired. I started to think about how nice my bed sounded, how nice it’d be to stop and drink some cold water, how nice just not doing this sounded like. I even started to think about how I was looking forward to being done with training. It’s amazing what fatigue and struggle does to the mind.

Towards the back end of the race, you run through a “brick wall” where there are photogs. It makes for a pretty cool picture. 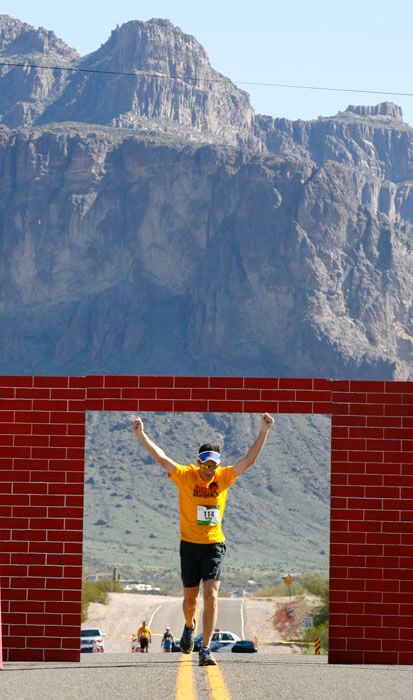 It was around this time I started to fall apart. Mile 5 was my worst mile at 8:47. I was just so tired. I was getting close to that downhill (where it was uphill at the very beginning) and I just let my body roll with it.

I turned the corner to start running towards the finish line and I told myself to finish strong. The last .2 I wanted to give whatever I had left. I crossed and stopped my Garmin at 53:01. I hoped to finish under that and crossed my fingers my official time would be a high 52 minuter. Either way, I saw my average pace was 8:32 and I was so happy!! For me that was a win since that was my goal. It didn’t feel like my best race but I was pleased nonetheless.

I made my way to my run club’s tent and saw that the screens with the rolling times were close by. I walked towards them and began looking for my name. Then I saw it: 52:57. YES!! I got it under 53 : ) Then I saw something else. THIRD PLACE in my age group!! I was in complete and total shock and disbelief. I seriously thought I had no chance considering how I felt during the race. I immediately called my husband and told him the news.. 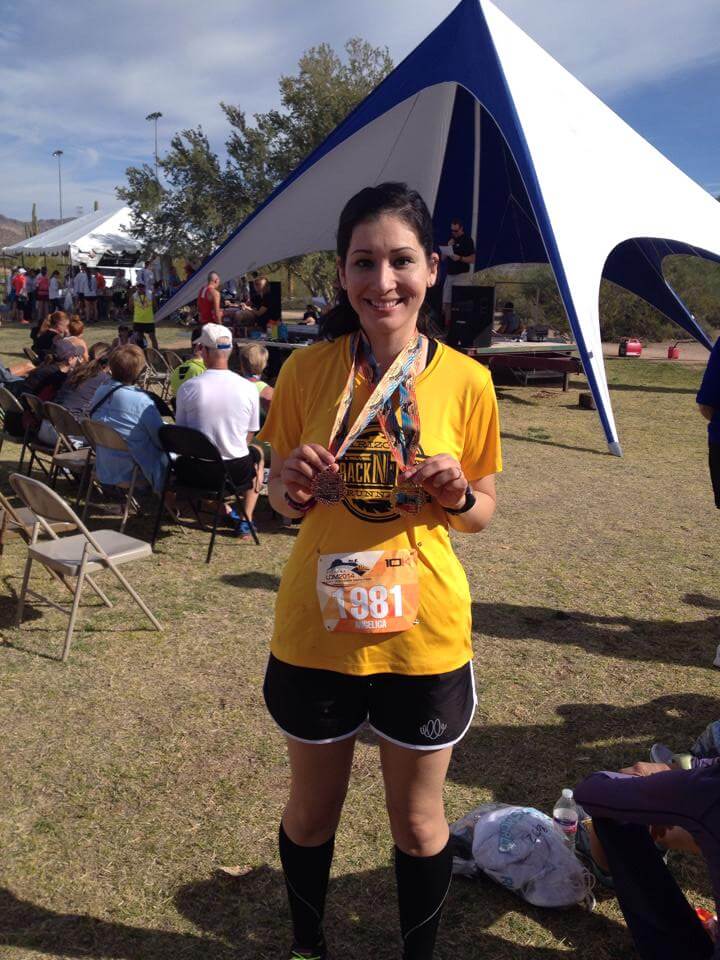 I’m so happy with how that race turned out. I had such negative thoughts as I was running and to still do well surprised me. I know that I need to work on my mental strength and add that to my training. It’s so easy to make sure you’re doing speed drills, tempo runs, hill work, that you eat right, get enough sleep, etc. etc. but it’s also so important to believe in yourself. That mental tug-of-war can trump any hard training you’ve done if you let it. I don’t want it to. Especially during my next race: My first marathon!!

–How do you deal with mental struggles during a race?

Don’t forget, the runningluv giveaway is still happening!! Click here to enter. The contest ends at midnight and tomorrow, a winner is announced!!