If you follow me on Facebook then you’ve seen a few posts of things that have caught my interest. In the rare instances I have a few spare minutes, I like to scour the internet for current events, interesting stories, random ramblings.

And here are few things I’ve come across–

My buddy Sara@Running On Healthy wrote a very interesting post (all her posts are interesting) about an article she read on how Oprah ruined the marathon. This guy wrote how Oprah caused a surge in interest in people to run a marathon.

So what, you ask?

Well, the author basically says that because of Oprah, the marathon is no longer competitive and American marathon times have plummeted because regular Joes think they can run it and are running it but according to him, in absurdly slow times.

I never understand people who get upset at those wanting to better themselves. I get being concerned they do things the right way, the healthy way, but to blame people for the “demise of the marathon” just because they’re not fast? That is what’s absurd.

This ties in to something else I came across.

I’m a pop culture kinda gal and like to be in the know all things celebs, so every now and again I check out People.com. There was an article about a woman the other day who posted this photo on her Instagram account. 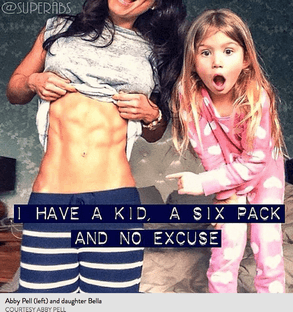 The mom got so. much. backlash.

And if I’m going to be completely honest with you, I don’t feel a whole lot sorry for her. While I do not think women should be criticized for their commitment to staying fit, there’s something about the “no excuse” mantra trend that’s been going around that kind of bugs me.

Kids are not an excuse. I know that many women want to work out but because of life, they’re just not able to. It’s. not. an. excuse.

People always tell me how much they admire my commitment to running considering I have a full-time job, two kids, and a husband who enjoys my company. It’s definitely tough balancing everything and yeah, I find time to make it all work, but I’m not going to sit here and say that it’s easy and that anyone can do it. That everyone else who is not working out is making an excuse. I would never want to make other moms feel guilty–I have no idea what they’re going through. What I do know is how difficult it is finding time and a way to prioritize yourself (no matter how important you know it is).

I think had this mom used a different slogan, catch phrase, caption, words of advice, something a little more encouraging, inspirational—beside the “no excuse” thing, I’d be more apt to defend her. I admire any woman who commits themselves to fitness, mom or not. It’s what motivates me to keep at it.

The photo is motivating. The words are not.

Finally, I found this article on msn.com about this guy from San Francisco who ran 7 marathons, in 7 continents, in 7 days.

Yes, you read that correctly.

It’s called the World Marathon Challenge and 11 other people made the attempt. 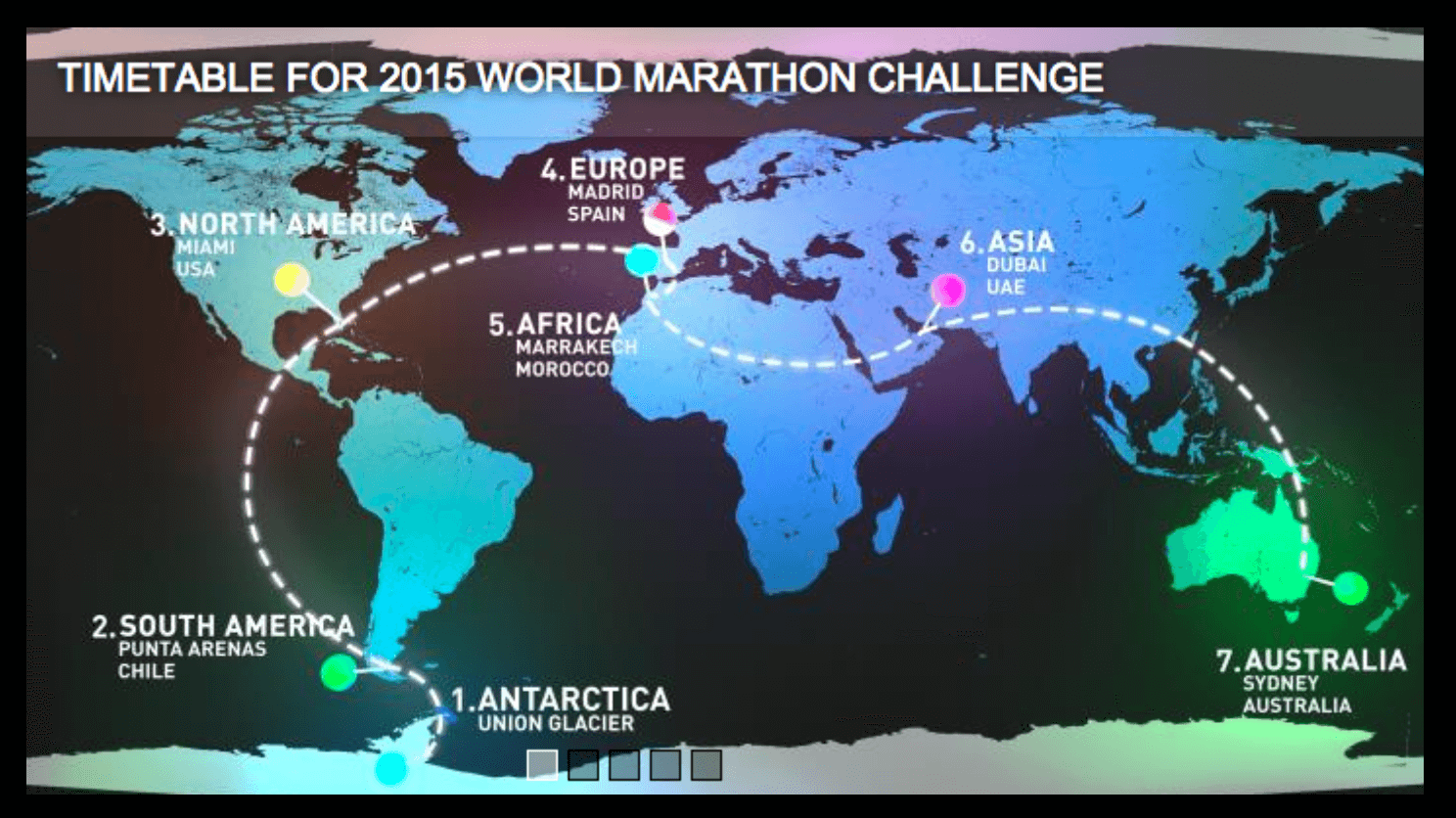 At one point, Durbin, the American runner, ran 3 marathons on less than 9 hours of sleep! Could you imagine??? He said that he started feeling the effects of the running and travel before his 5th race in Morocco. Lactic Acid anyone? The first race in Antarctica did a number on his body — because of the extreme temperatures — and the last one in Australia. Talk about extremes.

I’m exhausted just reading about it.

So, those were a few things that caught my eye this past week. What are your thoughts them?

–Did Oprah ruin the marathon? (She’s motivated the hell outta me; I’m still gunning for her time!)

–Was it poor word choice on @SuperAbs mom?

–Would you consider a World Marathon Challenge? (And we thought Dopey was tough!) (Wait, I still do!)