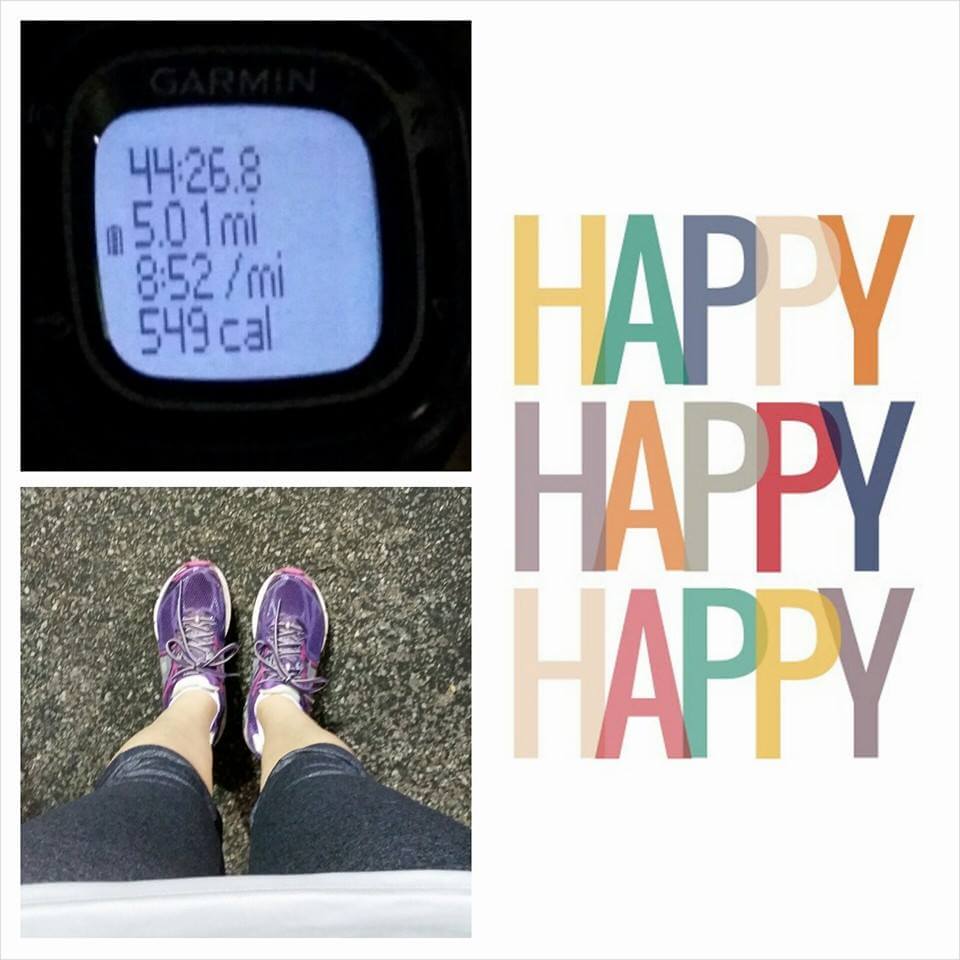 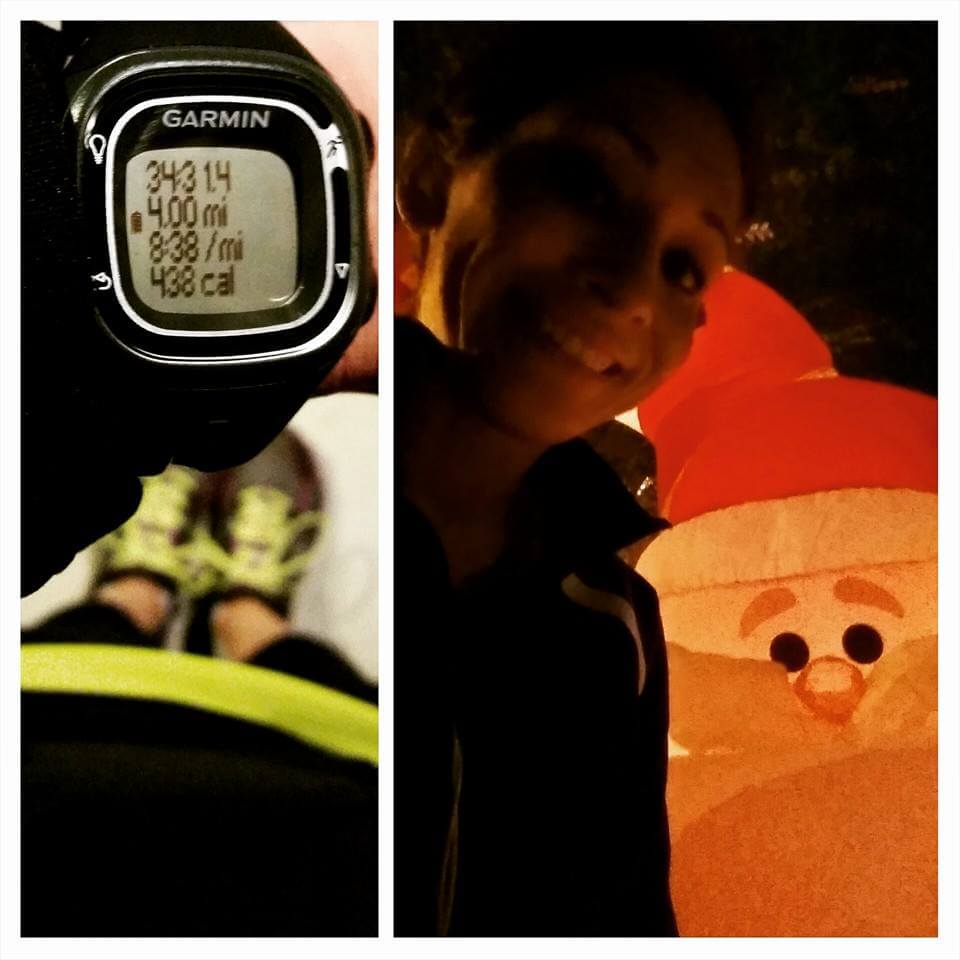 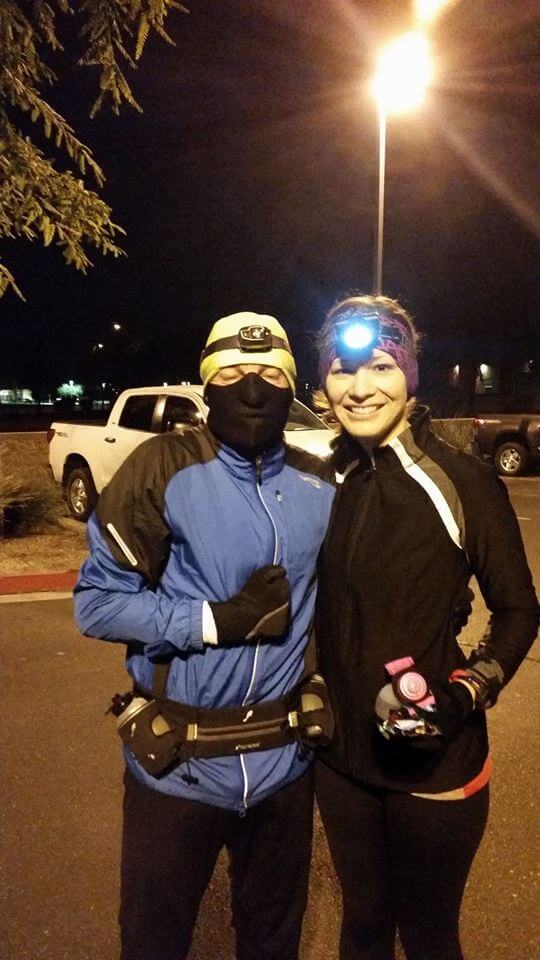 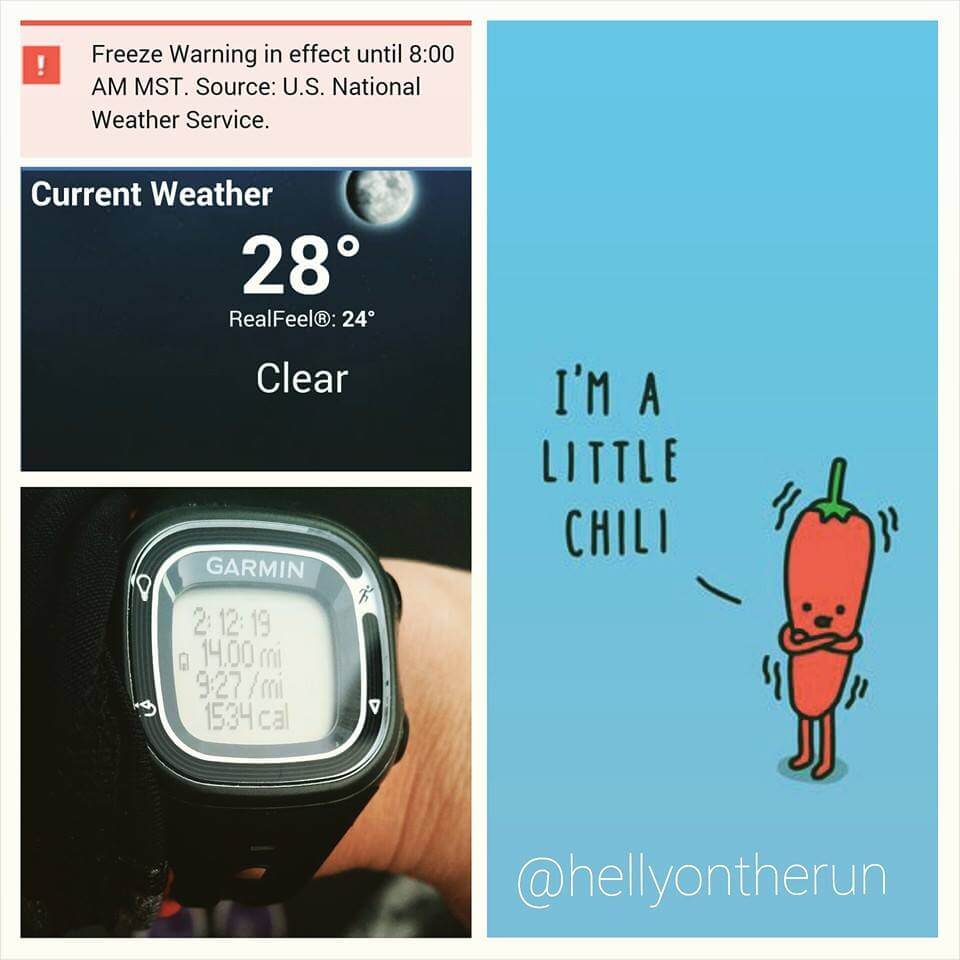 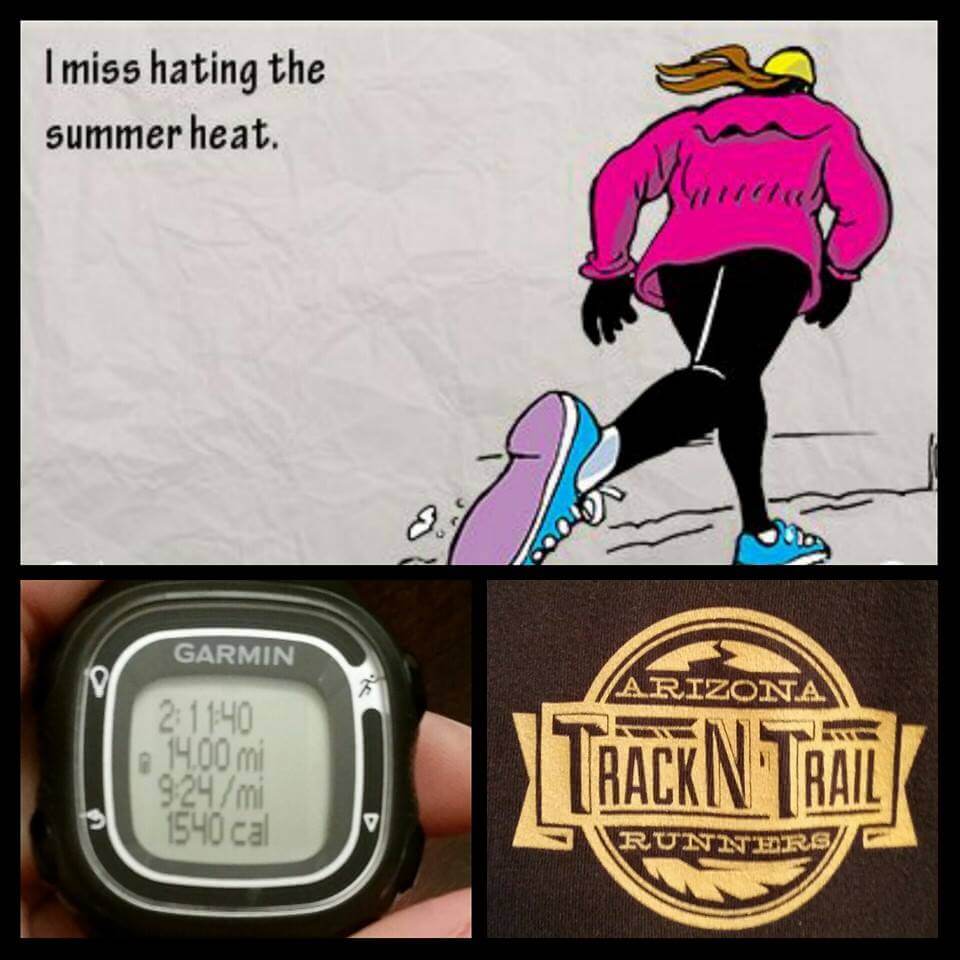 I was chatting with my friend Amy the other day and we were discussing holiday traditions we are trying to continue with our families. I mentioned how when I was little, my grandma would make “cascarones” for our Easter egg hunts. What are “cascarones”? They are hollow eggs filled with confetti. Amy was intrigued and suggested I blog about it and share how to make these confetti eggs with my readers.

As a child, I loved cracking and smashing the eggs when I found them and I always tried to find these eggs rather than the regular, boring, hard-boiled ones. I’m not the most creative person out there, but I knew I wanted to carry out this tradition with my own kids and knew that they’d love them as much as I did 🙂

This is also a really inexpensive project–a great plus!

Tap the top of an egg to create a penny-sized hole. Drain the egg and rinse the inside with water. Let dry.

I typically start saving eggs about two weeks before I’ll need them. So every time I make pancakes, scrambled eggs, or any recipe that requires an egg I make sure to drain it this way so I can start collecting them. I then store them in an old egg carton until I have my desired amount.

Once you have enough eggs and you’re ready to start turning them into confetti eggs, take out the necessary supplies.

Decorate the eggs as you like. You can still dye them like you’d normally do to a hardboiled egg. For this post, I just wrote a little something on it 🙂

Fill the egg with a small amount of confetti (or however much you want).

Cut the tissue paper into squares large/small enough to cover the egg’s hole. Spread glue around the edge of the hole and place the square on top, pressing so that it sticks.

Place finished confetti egg in carton to dry and voila! Repeat the steps with each egg until you’re done with all of them. Simple right? And trust me, “cascarones” are definitely kid approved 🙂 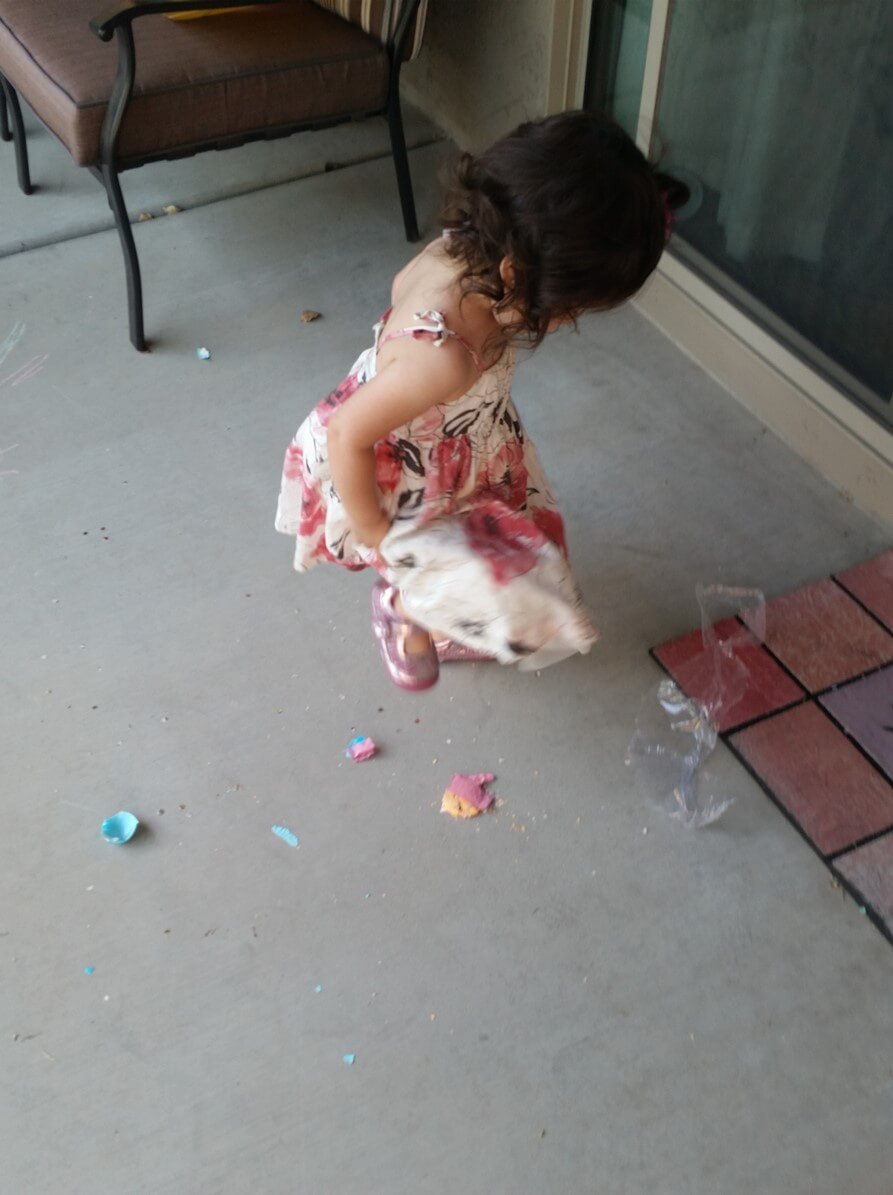 You can throw them, crack them on someone’s head, or stomp them. Guess which one my daughter chose? 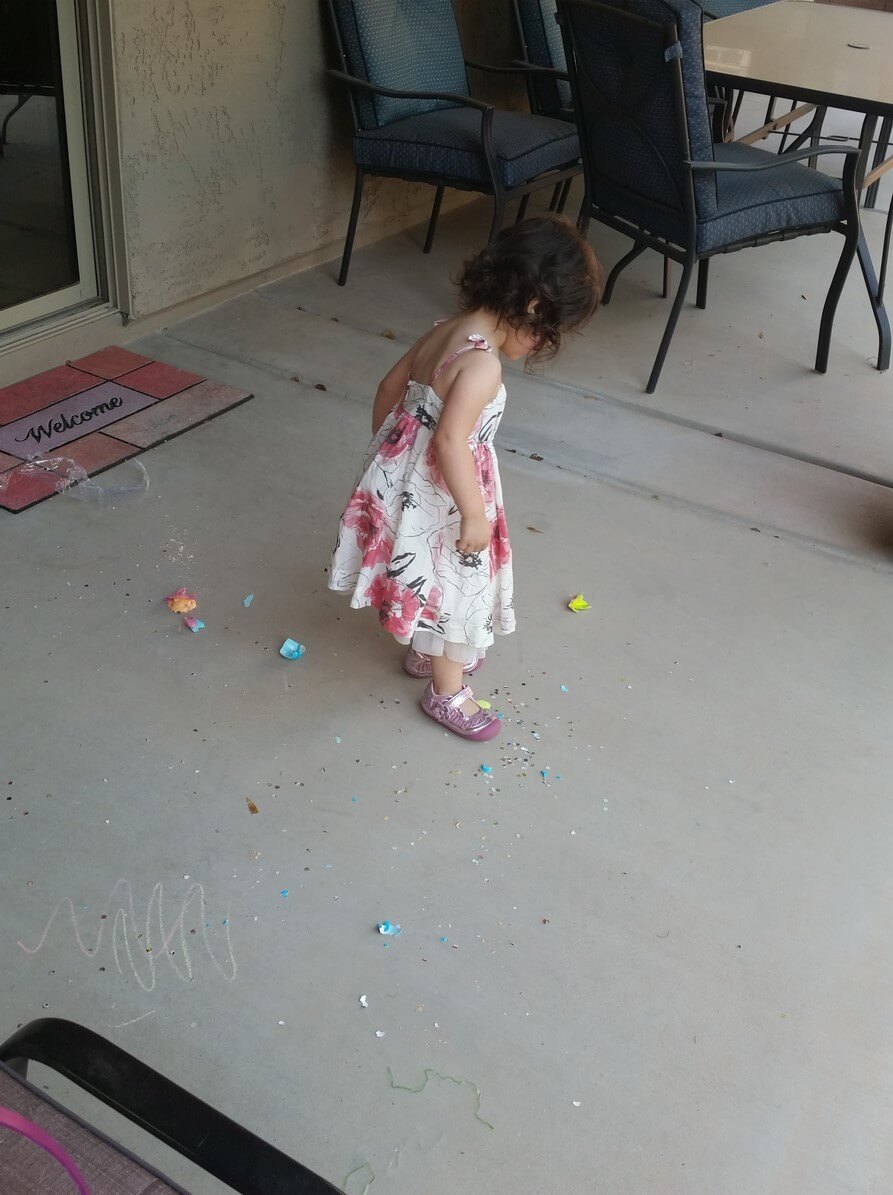 Hope you liked the project! If you don’t celebrate Easter, there are many other festive holidays where you can have fun with confetti eggs 🙂

–What are some holiday traditions you remember as a child?
–Do you carry on any traditions now as an adult?
–Have you heard of/seen “cascarones” before?

I thought it’d be a fun to a little something leading up to the big day, Christmas. Starting today, when you come to my blog you’ll find your “task” for that day of fitness. Some of them will be easy, some will be hard, some will be silly, and some will make you think.

I hope everyone is enjoying this winter season and I look forward to hearing what you think about the 12 Days of Fitmas.

I know many have holiday parties to attend, family to visit, goodies being brought into the office—it’s okay to indulge every now and then. Really, it is.

I’ve mentioned before that I’m part of an online Healthy Moms group and every day it seems like a mom talks about how she feels guilty for eating a brownie or that they ate too many cookies. Hey, it’s not like you’re eating cookies every day of the week/month/year. It’s the holidays. Enjoy the cookie!

I never like to deprive myself of food. If something smells good, looks good, and tastes good, it’s going in. Part of staying fit is well, staying fit. I know that even though I might indulge, I’m going to still work out. Will I do something a little extra? Maybe, if I’m up for it. The point is, if you make fitness an integral part of your life, you’re able to have fun with food and not worry about having 2, 3, 10 cookies.

—Do you ever feel guilty for indulging?

—Do you have fun with food?