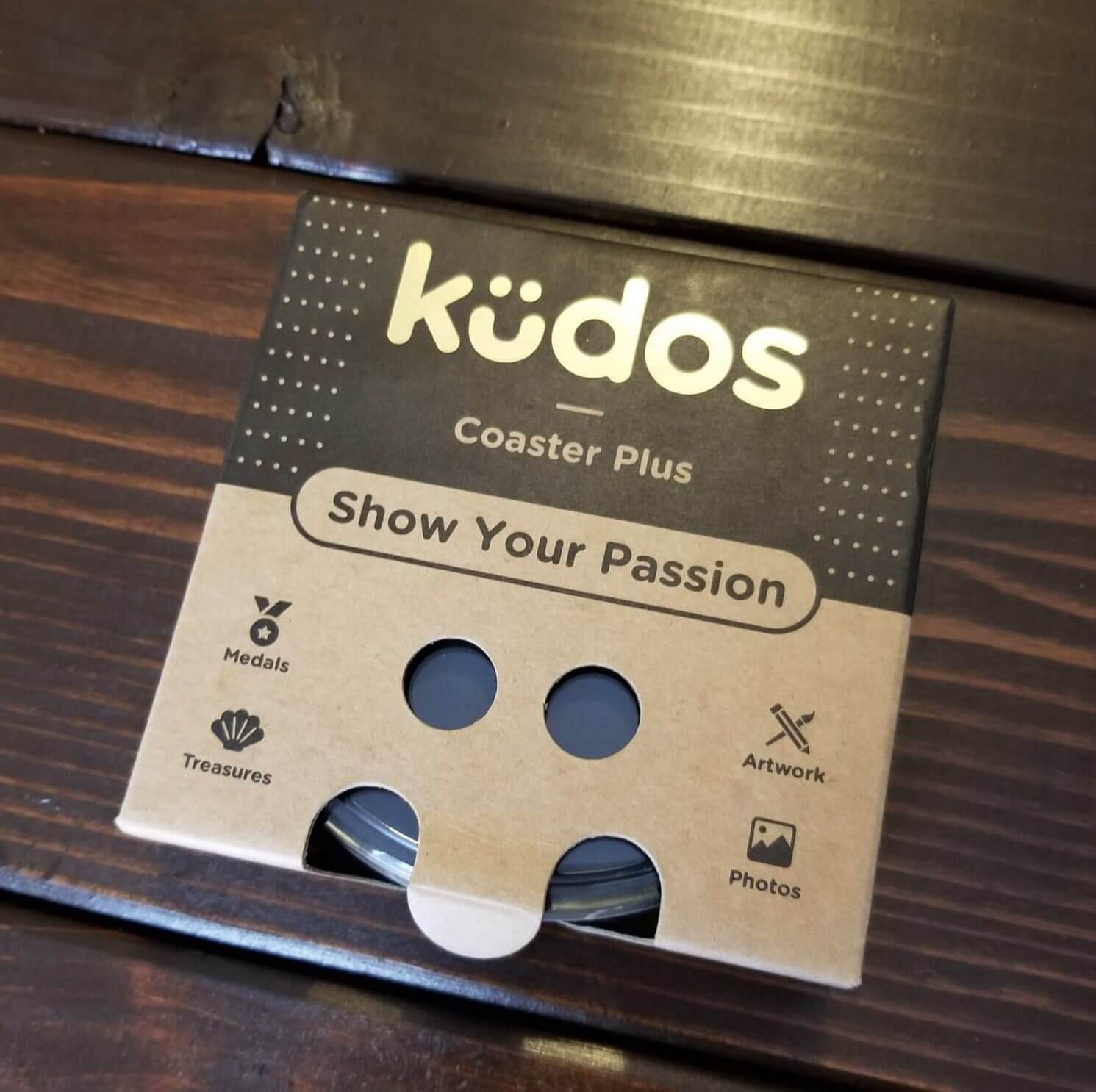 Hope everyone stateside had a Happy Thanksgiving!! So Americans know the day after Thanksgiving is a big shopping day….well, here on my blog, today is all about things FREEEEE!!!!

I was given the opportunity to try out a product called Kudos Coaster and I have an extra one to giveaway to those living in the contiguous United States!! This giveaway is on my Instagram only, but I made a blog post to really give you info on the product:)

We all wonder what to do with the medals we accumulate, and the people at Kudos Coaster thought of a GENIUS idea to use them for something productive! And while runners/athletes can use the coaster for medals, there are SO many other uses. 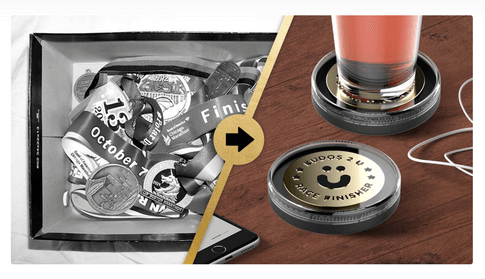 Of course, I went the medal route 😀 Lucky for me, The box has thorough instructions as does the website on how pull it together. I didn’t want my medal to rattle, and I saw that adding enough inserts would make it snug enough.

The hardest part was really choosing the medal, lol! You can see that it has to be a certain shape/size and a lot of race companies are deviating from traditional round medals. Yet, I still had quite a few to choose from:) 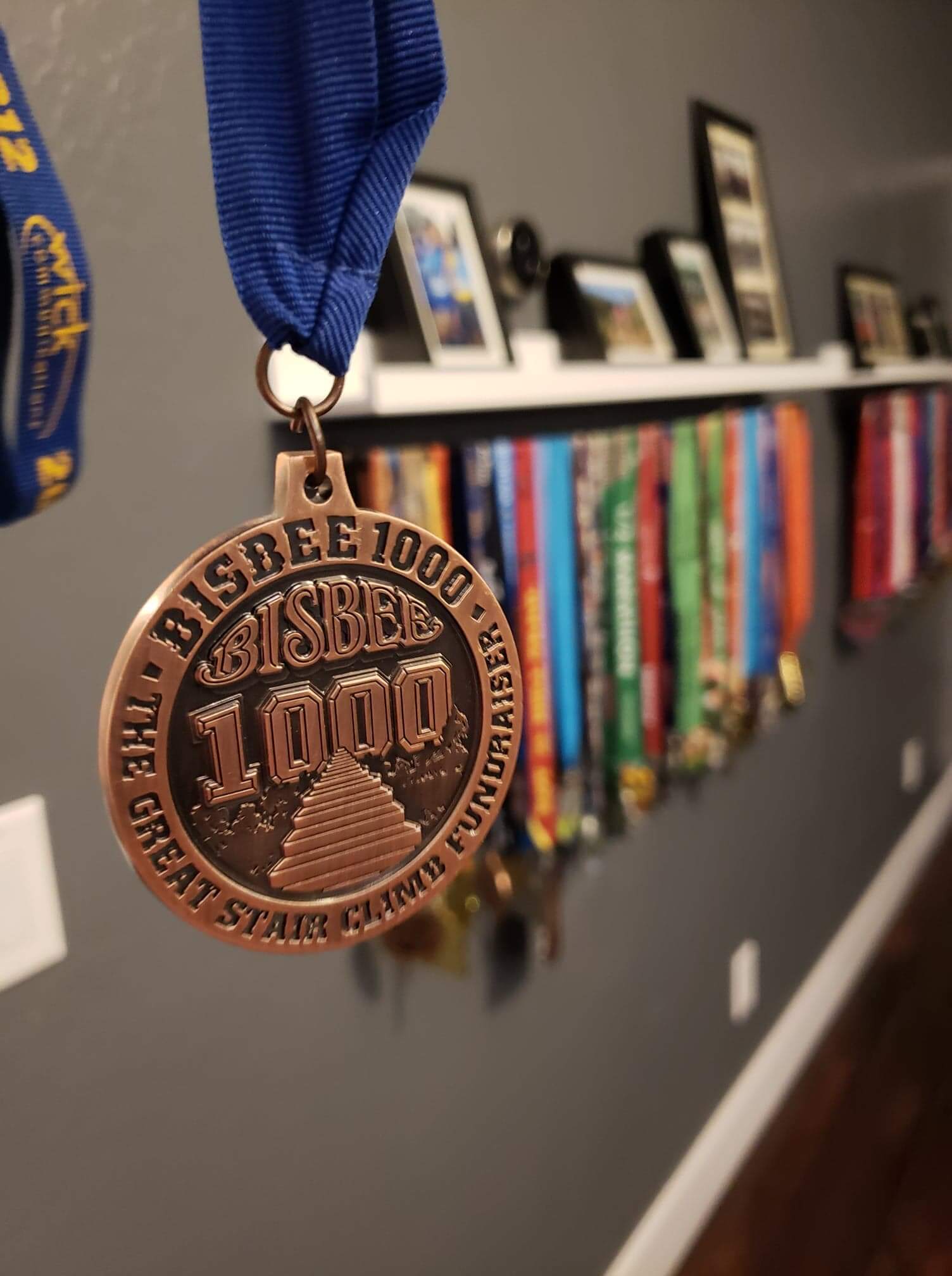 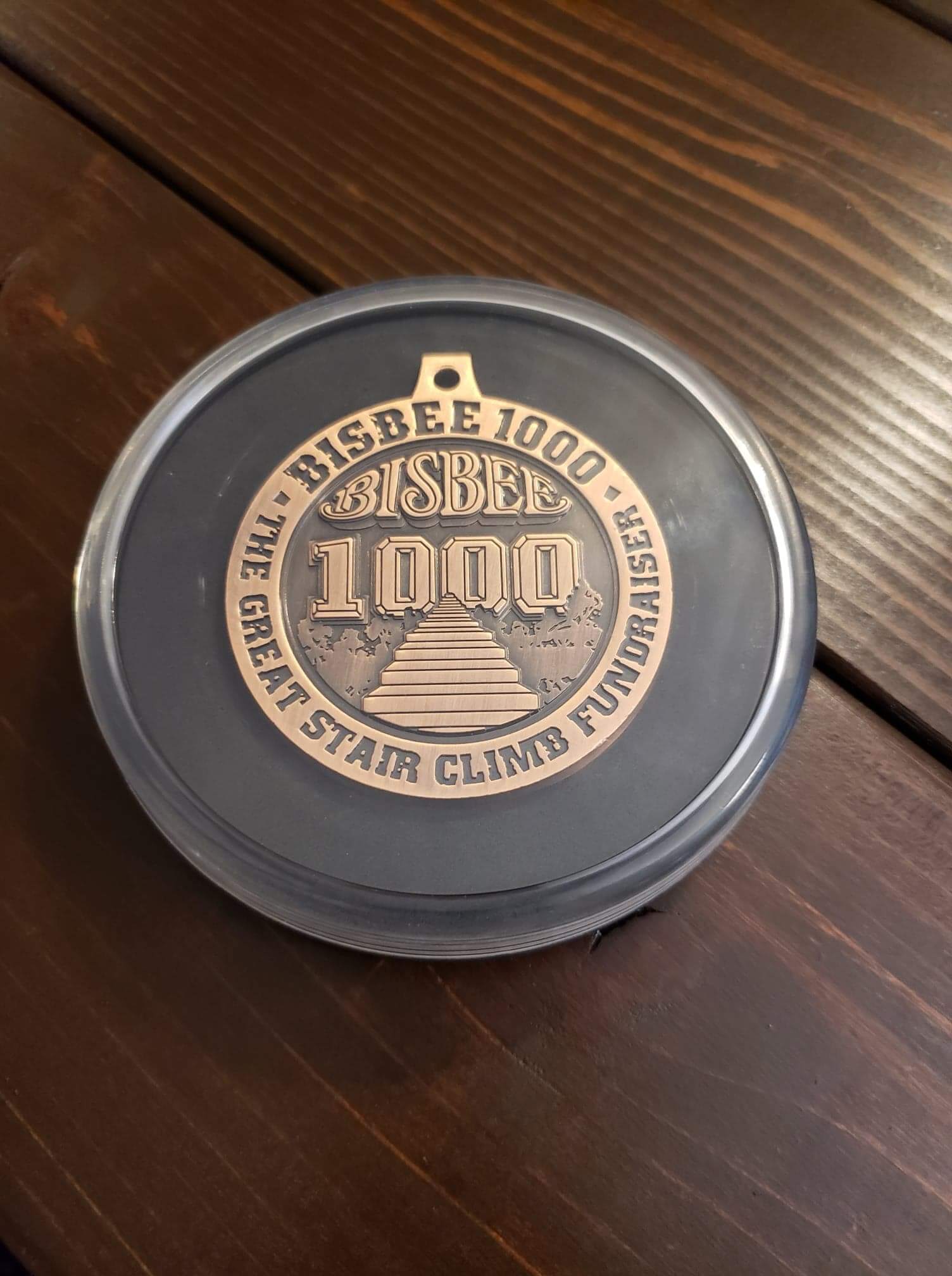 For details on how you can win a FREE Kudos Coaster Plus, head over to my Instagram page at @hellyontherun! If you don’t want to wait to see if you win, well, it is Black Friday 😉 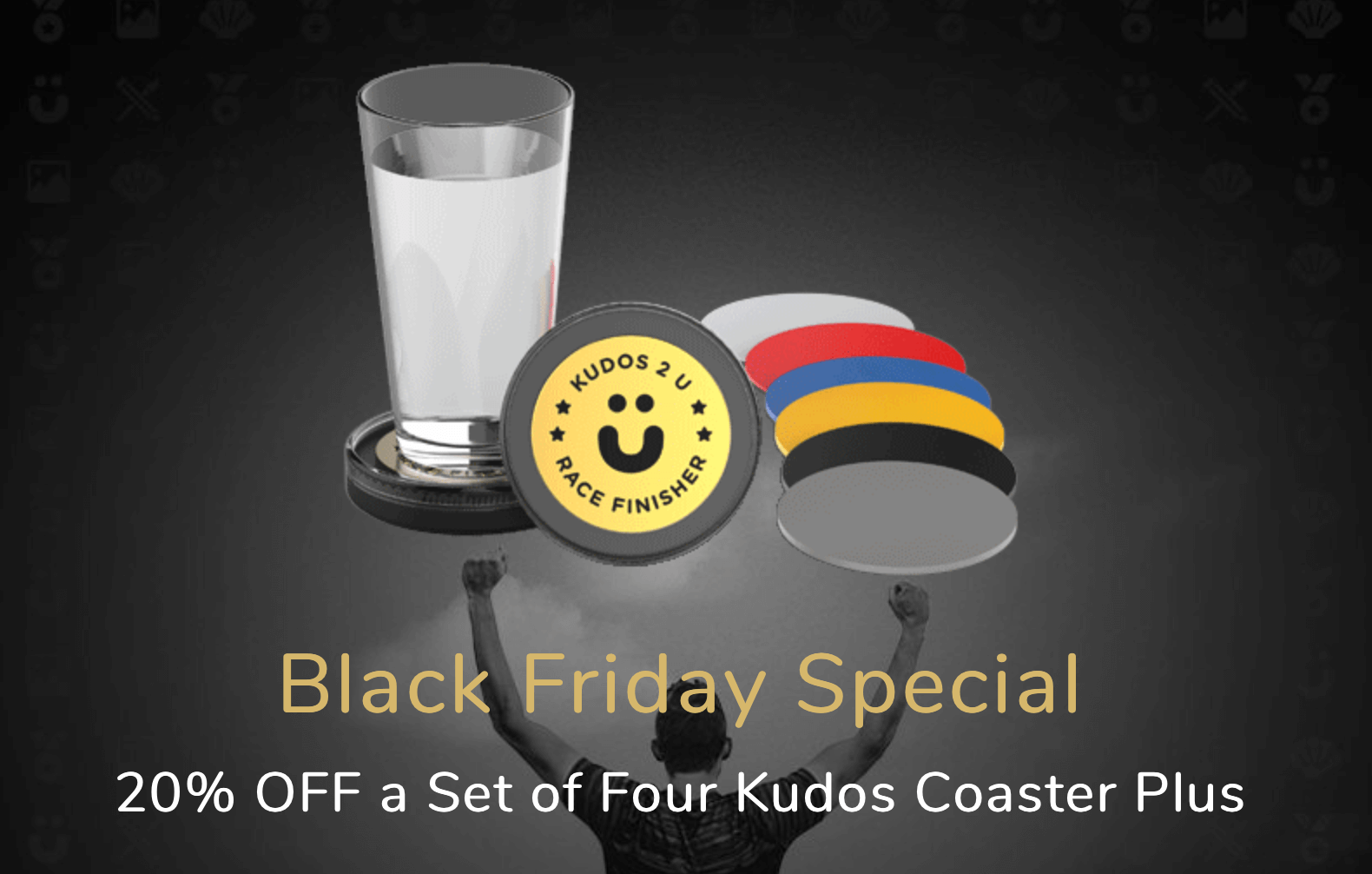 –What are some fun ways you’ve re-purposed your medals??

–What is your current favorite medal? 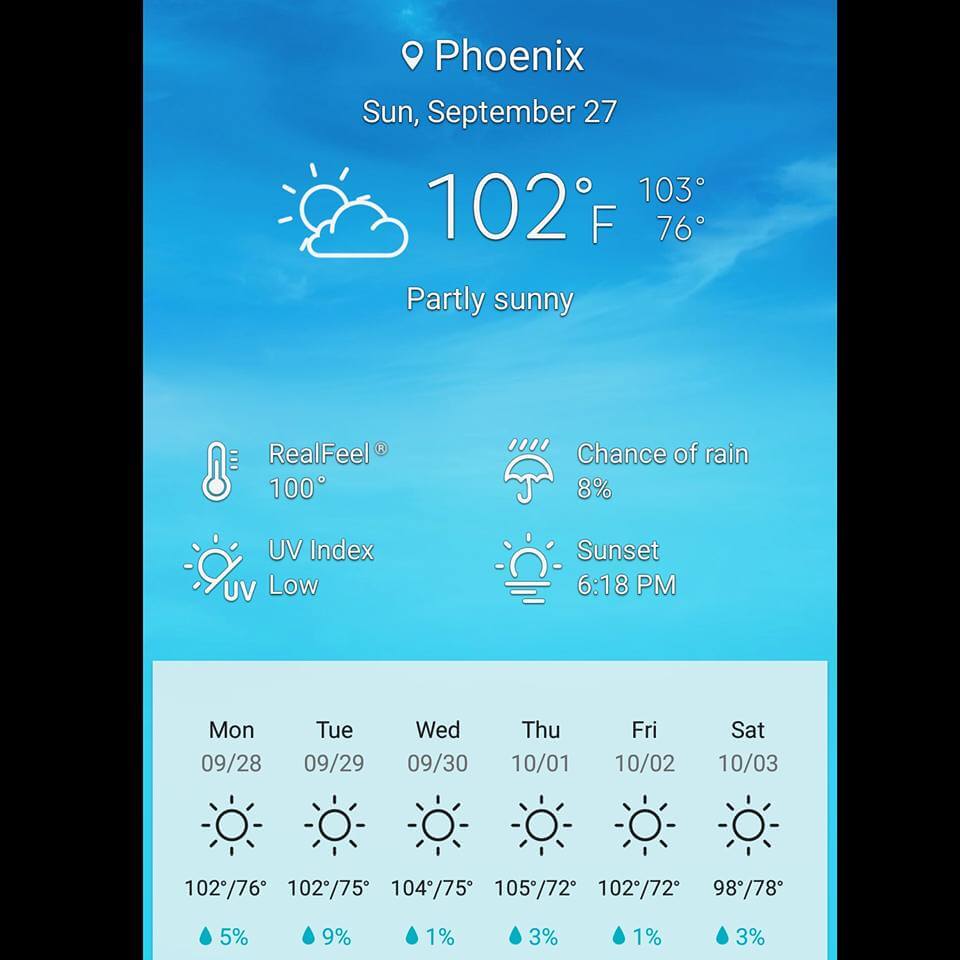 It was a tad nippy in Canada, totally not what I was used to, lol, and I actually looked forward to my Arizona temps! Anyway, I arrived to Canada Thursday evening and we immediately went to dinner. It was absolutely amazing–steak and salmon for the win!

The race was on Friday night, and earlier in the day we toured the city–I musta walked like 5 miles! We had amazing lunch at this place called Joe Fortes (to die, seriously!) and we were back at the hotel around 3 for an afternoon siesta.

When I awoke, I got dressed and ready and we walked the about a mile walk to the race site. I was hoping I’d get my usual pre-race jitters (i.e. need to use the restroom) but I didn’t have to go. This was a little disconcerting considering I had two big meals still in the stomach.

Anyway, what was nice about the race was that it was at beautiful Stanley Park 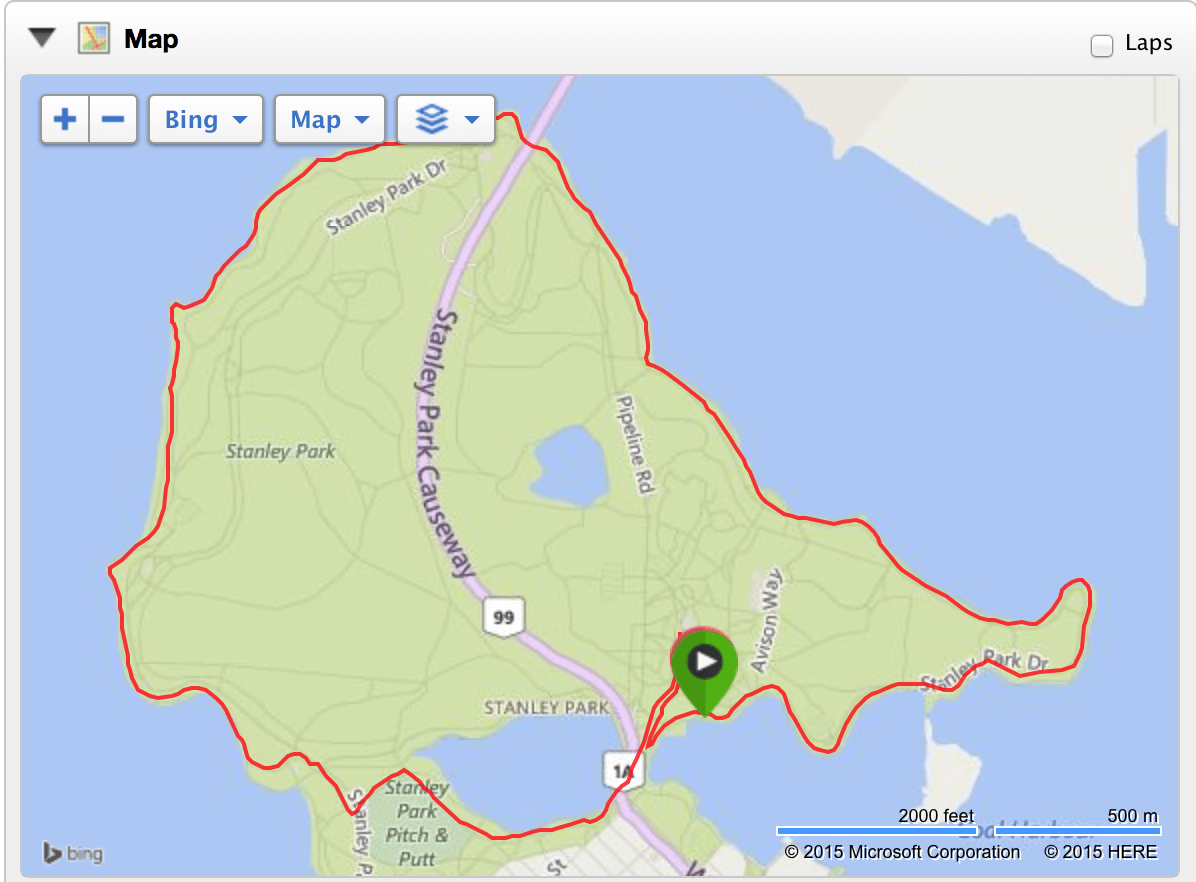 Surrounded by water the entire way 🙂

and there was a building at the race start where runners could hang out in–this was GREAT for me because I was freezing. They were playing music, there was a photo op place, FREE McCafe, and even a no-line bathroom! (Except I still didn’t have to go 😦 ) It wasn’t long before it was time for the 10Kers to line up. The 5k runners had just left and there was about a 10-15 minute wait before our turn.

There were no corrals but “fast” runners were told to head to the front (this is where my husband left me, lol!)

The countdown started and we were off! The beginning portion was a downhill and really, I should have kept this in mind for later–I didn’t.

I was gunning for an 8:45 average pace and when the first mile beeped 8:45 I was THRILLED. I had this guy in front of me who was running a good pace so I stuck with him.

The view were uh-mazing. This was Stanley Park after all. The sun was setting and the colors on the water were so beautiful. We had the city lights behind us and the green trees next to us; it was awesome. 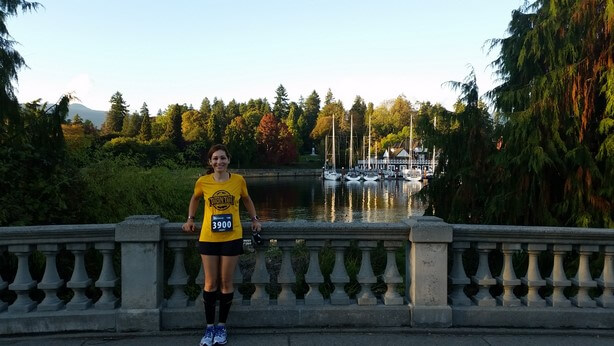 On one side, water…. 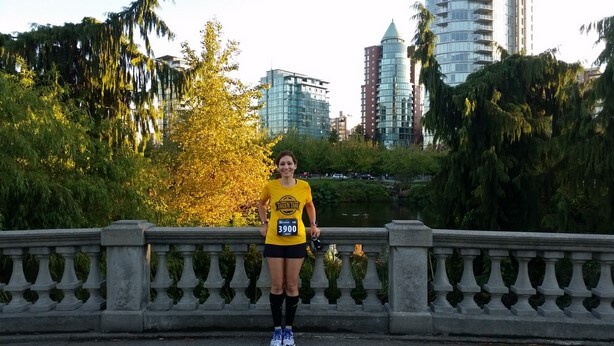 on the other, city….so beautiful! (pictures are pre-race, lol!)

The second mile beeped 8:35 and I was happy that I was still feeling pretty good. I kept it going with my “pacer” to mile 3 and that beeped at 8:45!

And then my pacer slowed down 😦 I wanted to yell at him, “Keep it going!! I need you!!” lol, but of course I didn’t and I told myself to put my big girl panties on and do it myself.

Yeah, that didn’t work out so well.

Almost immediately after crossing the 5k mark, I begin to falter.

And maybe that guy knew the uphill was coming or something, but I didn’t. I felt like I was still going my pace but mile 4 beeped away at 9:04 and I was buuuuummed.

I tried to get it together and at least keep it under 9 minutes which I barely managed to when mile 5 beeped 8:58.

And then the goddamn hill. Yes, the one that when I started, took me on a nice swift decline.

I had been trying so hard to get sub 9 miles that I felt I had nothing left to give on that effing uphill–I practically crawled up it and the last .28 took me 2 minutes and 50 seconds (a 10 minute pace). Seriously, Helly. 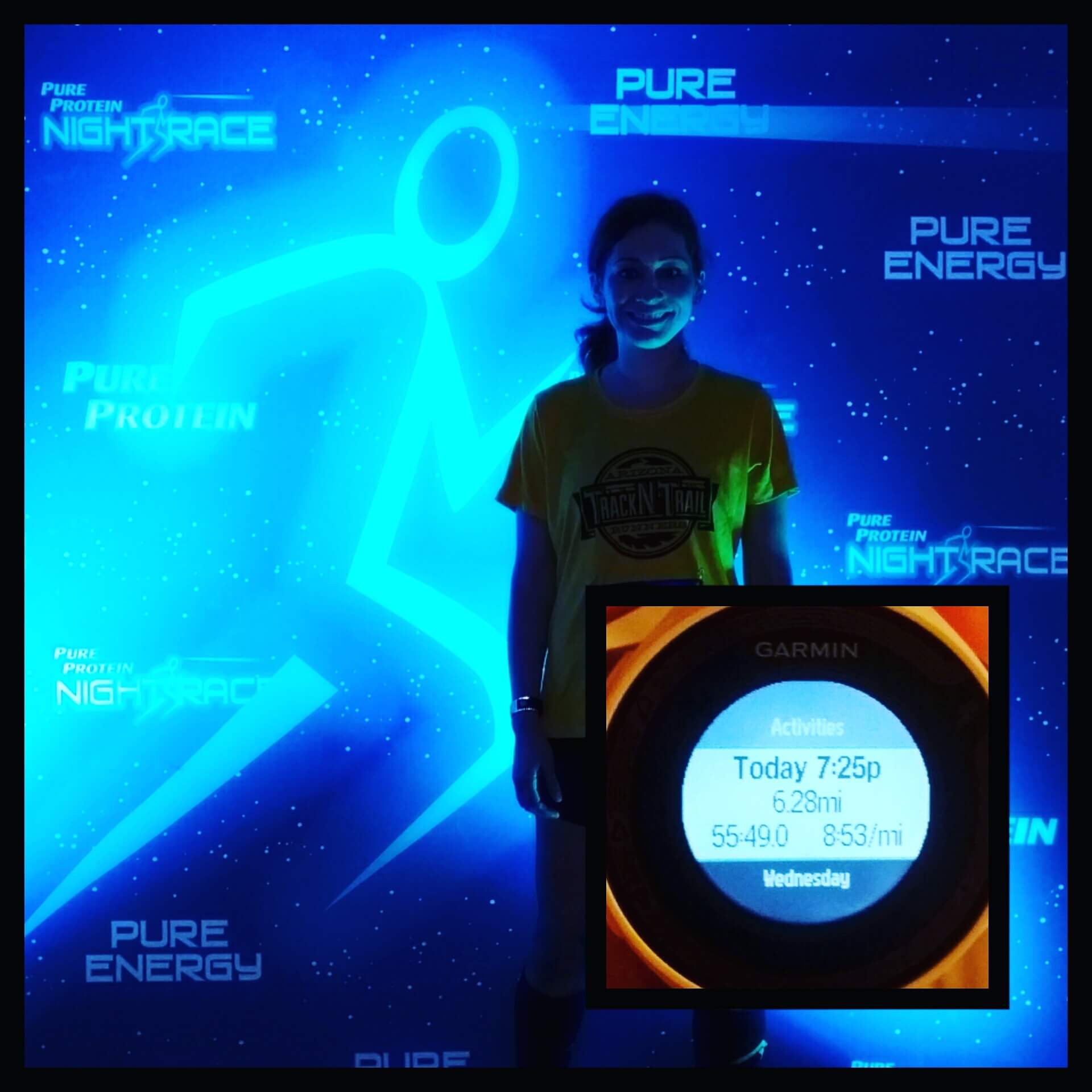 On an even more positive note, my husband finished 10th overall!!!

The post-race was super cool–they fed us a burrito, fries, and a beer–and they had a DJ playing music. We were inside a building, nice and warm too so it was definitely comfortable and fun. 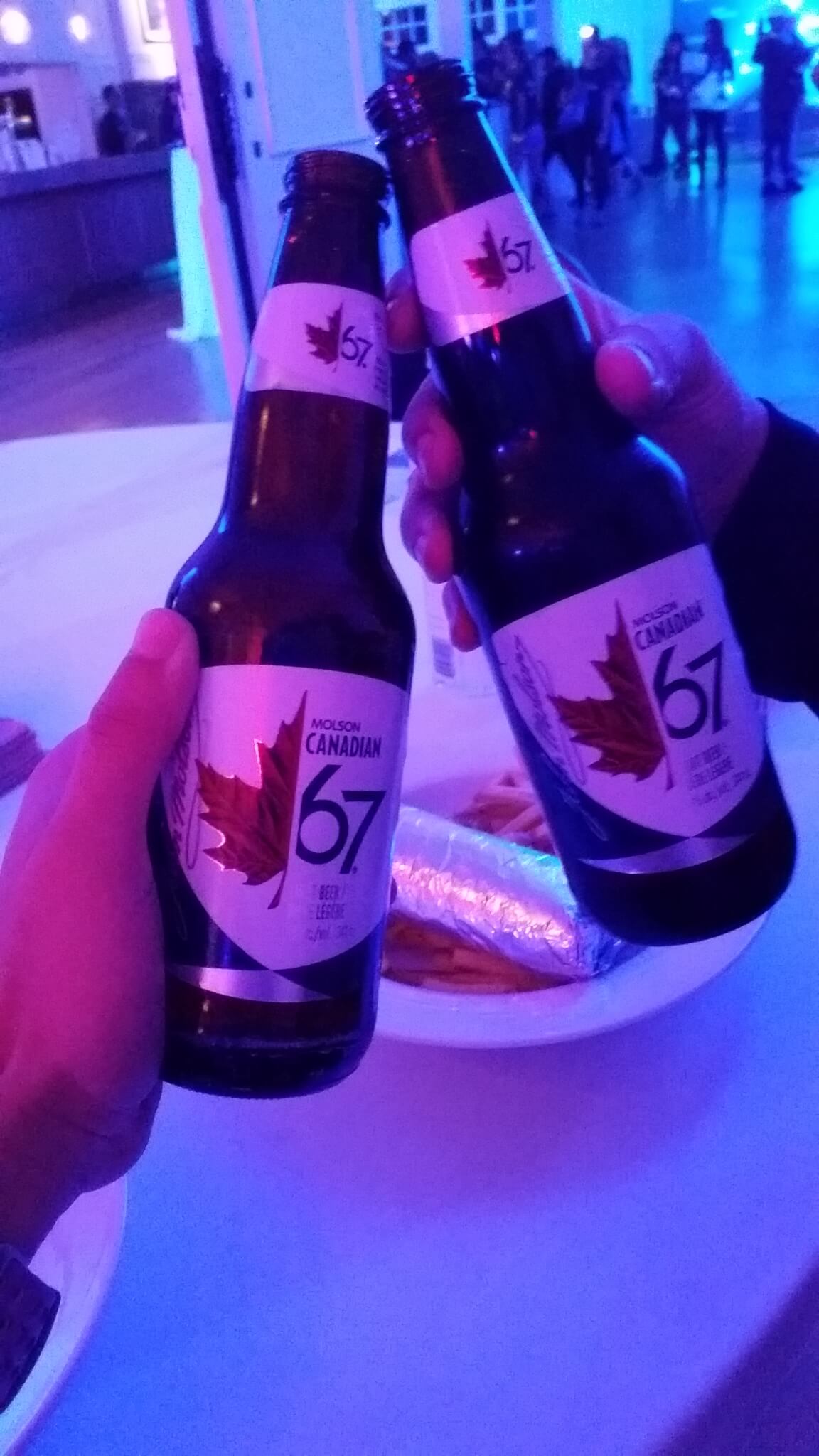 The DJ announced he’d be awarding top overall male and females so we hung out to see the speedsters. The top 3 men and top 3 women were awarded their medals and then the DJ went back to his music right afterward. Aaaaand this is when things went awry. About 30 minutes later, my husband and I decided to head back to the hotel. It was late, about 10 o’clock, and we didn’t want to be out in the streets at dark. As soon as we got to the hotel, we checked our results again but this time online. My husband said he’d gotten 1st in his age group!!! Woohoo!!!

Seriously, not about 5 minutes later, I posted our Instagram pic with the hashtag #NightRunVancouver and #RunVan and when I searched both tags, I saw a guy showing off his Age Group medal! Whaaat??? How in the world did we miss that??? We had been inside the ENTIRE time and not once did they announce Age Group awards! I messaged the guy and he told me that he had seen a table with medals and that was how he had gotten his. Whaaaat???? No announcement? No sign? Nada???

We decided we’d head to the running store the next day where packet pick-up for the race was. My husband ran the mile to the store Saturday morning only to be told by the employees there that they had no idea what he was talking about.

My husband returned bummed but over it–it was just a medal.

But I was upset! I don’t know why, maybe the Type A organizer in me, but c’mon! So I e-mailed the race director who responded the next day, Sunday, the day we were leaving, that he’d drop off the medal at the running store my husband had been to the day before, lol!

That e-mail was sent right before we got on the plane to come home, so of course there was no going back to the store.

Bummer, no medal (and again, my husband did not care, lol!) but it peeved me a little that there had been NO announcement whatsoever post-race and I made sure to let the race director know that that was an area which needed improvement–because besides that, it had been a great race. And during my Instagram search, I had found another girl who experienced the same thing.

Not how we wanted to end the race but we decided to solely focus on the positive (or really, my husband kept telling me to focus on the positive, lol!!). The race had amazing views the entire way, it was a single loop which for 10k’s I’ve run is rare, and it had great pre and post race festivities. If I was to eliminate the medal fiasco, this would definitely be a race I’d recommend. Thanks for making it this far and sorry for my long-winded vent, lol!

I’ll be re-capping the rest of my amazing trip later this week–I hope everyone had a great weekend!! ❤ , helly

–Have you ran a race and missed the medal?

–Ever ran a race with super cool pre and post race parties??