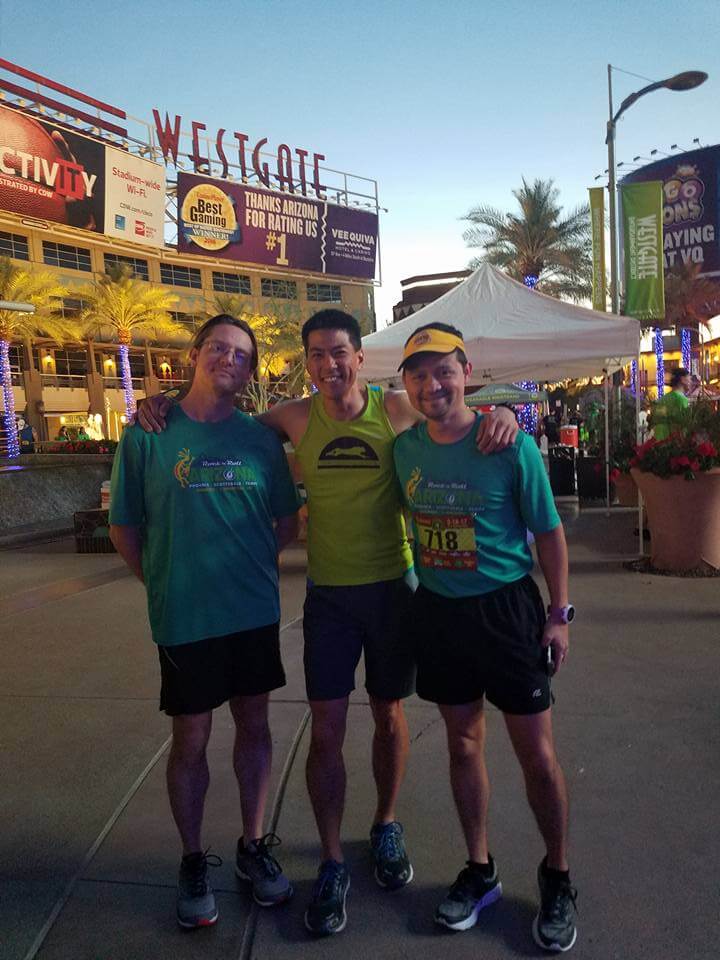 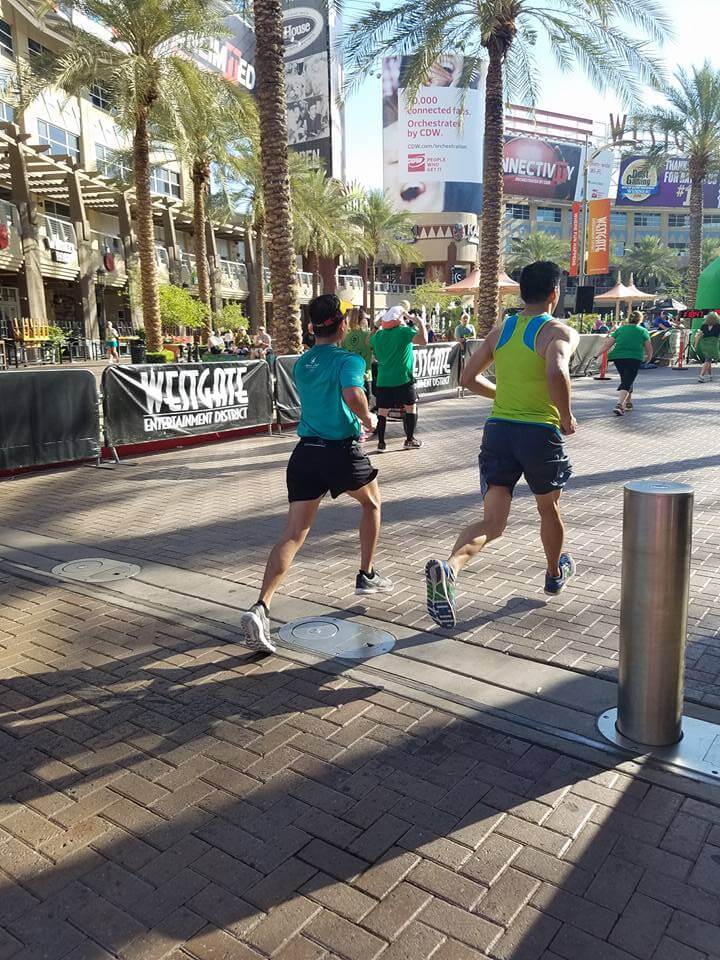 So, I wasn’t sure whether to run my run club’s annual Shamrock Shuffle 5k yesterday. It was noncompetitive, unclipped, and just something fun to get all of us together. I figured, why not? I knew I didn’t want to be scared away from running after what happened on Friday so I felt this was a good way to ease back in. My husband was coming along and that made me feel a lot better about my decision.

It was an absolute perfect weather day. I mean, I was in a tank and shorts. (Sorry east coasters!) I’m not a dress up person when it comes to fun runs–I just can’t deal with unneeded accessories while I run lol. I do however, go all out during school dress up days! So I was just in some Swirlgear attire that had a hint of green. 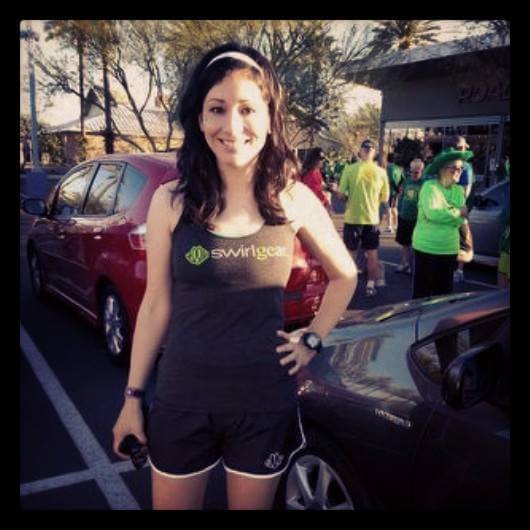 I had my SPIbelt with my new Epi Pen with me and headed out. I had no idea what pace I was going although I had started my watch. I decided to not look or worry about it and just enjoy the run as best as I could.

The first mile beeped but I kept going. I was running with a run club friend and we were chatting the entire way. It was such a leisurely run that before I knew I it, we were done.

I stopped my watch and took my first look:

I was not the least bit phased or concerned. All I wanted was to run and get some of the jitters out and this was the perfect opportunity to do it.

Since my last post describing what happened this past Friday, a lot of running friends have reached out and shared their own running allergy experiences. After doing some of my own research and hearing the stories of these runners (especially my buddy For The Love of Running), I think it’s the closest thing I can explain what happened is what’s called an Exercise Induced Anaphylaxis. This is a good article describing what it it and how it happens. There are different causes, but what I think triggered mine was eating and then running immediately after. I’ve done this before (I know, bad!) so I still think it’s strange but it’s the only thing that makes sense. I did absolutely nothing different during the run, did not wear anything new, did not eat anything different. I’m simply at a loss.

I did not feel a hint of what I felt on Friday during the Shamrock Shuffle 5k.

I’ll be seeing an allergist soon to try and get some answers. In the meantime, I want to continue running and not let what happened throw me off of what I’ve got going on.

–Did you race this weekend?